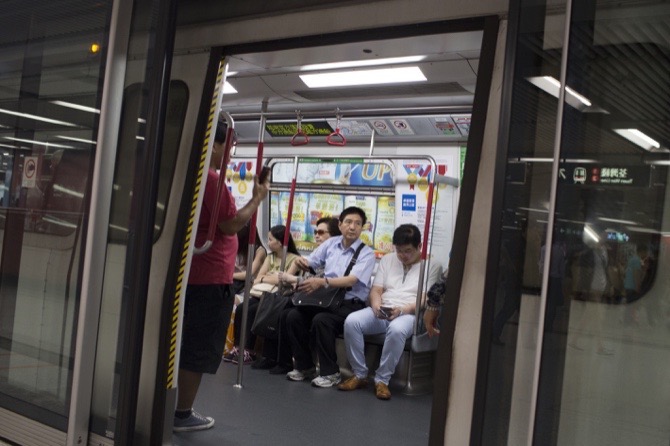 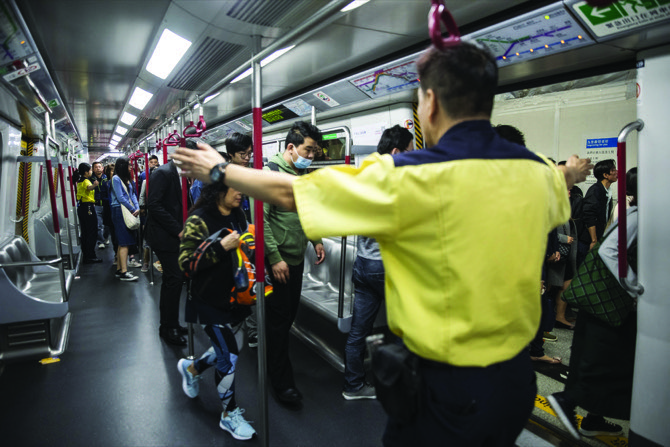 The incident occurred yesterday around 3 a.m., when train services weren’t open to the public, according to MTR. Two drivers were taken to the hospital, with one having a leg injury, MTR Operations Director Adi Lau said.

The accident comes about five months after a rare, simultaneous signaling glitch on four subway lines caused chaos at stations during the morning peak-hour rush. Hong Kong’s subway, often lauded as being among Asia’s best, carries millions of passengers on weekdays.

Service on the Tsuen Wan line between Admiralty and Central, where Hong Kong’s main business districts are located, was suspended yesterday.

MTR shares fell as much as 1.3 percent before rebounding and rising 0.3 percent at the close in Hong Kong.

Preliminary findings show that there’s a problem with the new signaling system, according to Jacob Kam, MTR’s managing director and incoming chief executive officer. The company will investigate further before giving a more definitive cause for the collision, Kam told reporters yesterday afternoon.

Hong Kong’s government said it is following the situation closely. Frank Chan, secretary for transport and housing, contacted MTR Chairman Frederick Ma and asked the company to hold an urgent board meeting to investigate the incident.

MTR further said the company’s board will hold a meeting today. Repairs may take more than a day, and the company said it plans to notify the public in due course. Jinshan Hong, Bloomberg