Hong Kong | The winners and losers in the 2019 budget 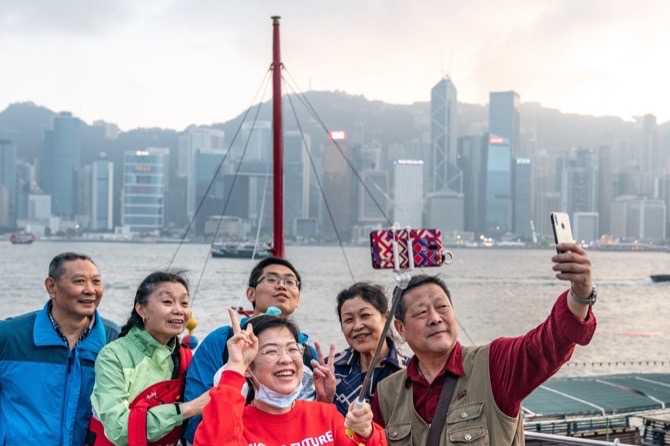 Hong Kong’s Financial Secretary Paul Chan unveiled a modest budget that included cash for tech, a boost for healthcare and a hefty handout to clean up the city’s public toilets, as he juggled a much smaller pile of cash than he had last year.

The economy is forecast to slow this year as the city grapples with weaker property values and the fallout from U.S.-China trade tensions, leading to a more modest range of budget handouts than last year.

The economy will grow by 2 percent to 3 percent, Chan said, after the 3 percent pace in 2018. For the final three months of 2018, GDP expanded 1.3 percent from a year earlier. Output contracted when compared with the third quarter.

“As a small and totally open economy, Hong Kong has been susceptible to economic headwinds over the past few months, as evidenced by notable slackening growth and diminishing confidence of enterprises in the future outlook,” Chan said.

In his speech announcing the new budget, Chan emphasized caution on the outlook for the global economy and Hong Kong, while looking ahead to “enormous business opportunities in close proximity” to Hong Kong as a key cog in the Greater Bay Area development spearheaded by China.

The Financial Secretary announced the available fiscal surplus this year was HKD58.7 billion (USD7.48 billion) — a figure well down on last year’s HKD149 billion, thanks to a slowdown in the economy in the wake of the U.S.-China trade war and a cooling property market which dented land sale revenues. Still, the figure was higher than Chan’s original estimate of HKD46.6 billion made last year.

These are some of the groups that will benefit from the number crunching — and those who have been left out in the cold:

Chan earmarked HKD5.5 billion for a further phase of development at Cyberport, a hub for startups and a center for Hong Kong’s efforts to rebrand itself as a tech leader, as it plays catchup to Shenzhen across the border. He also announced HKD16 billion for refurbishment of R&D facilities at universities as the government attempts to nurture local talent.

Hong Kong’s public health care system has become so stretched that some patients are forced to wait months to see specialists. Chan offered an additional 10.9 percent of funding to the Hospital Authority, taking the total to HKD80.6 billion in 2019/20. In addition he announced HKD5 billion to update medical equipment and boost training, and a HKD10 billion healthcare stabilization fund to prepare for additional expenditure which may be incurred in case of unexpected circumstances.

Chan announced a one-off grant of HKD2,500 for each student to support learning. In addition, secondary school students sitting public exams in 2020 will have their exam fees paid.

Vouchers worth HKD1,000 were earmarked for the elderly, as well as an extra allowance for recipients of social security. The government earned criticism last month for changes to elderly welfare policies that they later backtracked on.

Perhaps taking a cue from Chinese President Xi Jinping’s campaign to improve sanitary conditions on the mainland, Chan said the government would spend HKD600 million in the coming five years on upgrading Hong Kong’s 240 public toilets, which are often slammed for being smelly, dirty and clogged. Critics, however, say cash must also be put into maintenance and cleaning, and civil education, to stop them from quickly deteriorating again.

The Financial Secretary set aside HKD6 billion to develop new harborfront spaces — popular with tourists and locals alike — extending the length of promenades running along Victoria Harbour from around 20 kilometers to 34 kilometers within the next decade.

After tens of thousands of trees in the city fell during last year’s Typhoon Mangkhut, sparking a major cleanup operation, Chan announced a HKD200 million fund to promote urban forestry and tree protection, with one aim being to encourage more students to pursue studies in arboriculture.

Good news for electric car owners looking to juice up their vehicles, Hong Kong will spend HKD120 million on expanding electric car charging stations. But there won’t be tax incentives for drivers to shell out for EVs this year.

Salaries tax and tax under personal assessment to be reduced by 75 percent up to a maximum HKD20,000 for the fiscal year 2018-2019. Last year’s cut was the same but the cap was set at HKD30,000. The slightly less generous reduction — putting the rebate back to the 2016/17 level — affects 1.9 million residents.

Chan reiterated that the government has no plans to ease existing property-cooling measures. He also poured cold water on expectations that the loan-to-value ratio on mortgages could be eased to help first-time homebuyers. Home prices in the city have fallen about 9 percent from their August peak.

The Financial Secretary underlined the government’s support for a proposal to build housing for up to 700,000 people on yet-
to-be-built artificial islands. That idea has been slammed on environmental grounds, and on the basis that it will be a waste of the government’s reserves, which currently stand at HKD1.15 trillion. MDT/Bloomberg