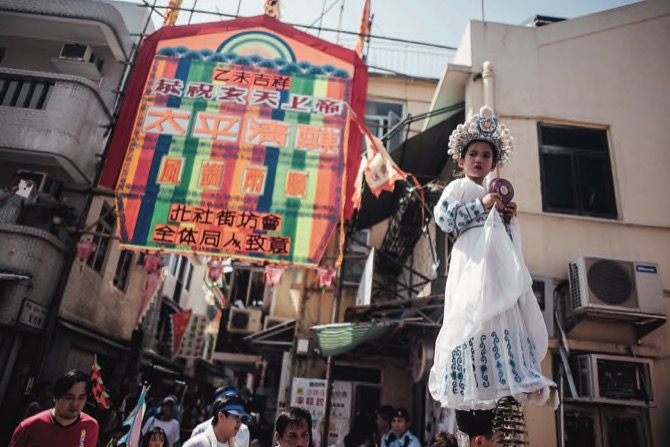 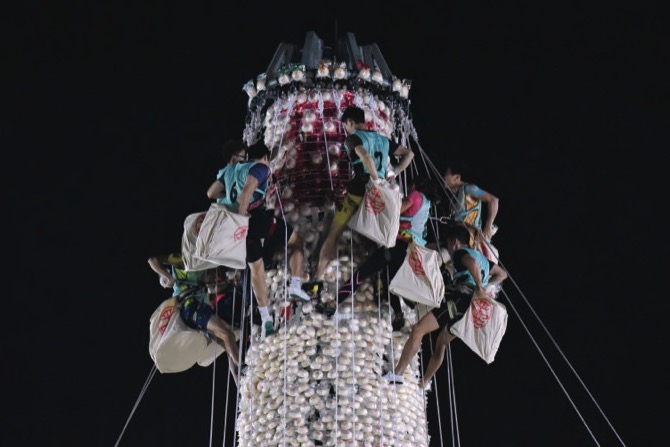 Steeped in culture and tradition, Hong Kong is honoring its Chinese past with a series of ancient festivals coming up this spring.

Over a three-week period extending from late April to mid-May, the neighboring city will celebrate the Tin Hau Festival, the Cheung Chau Bun Festival, and the birthdays of Buddha and Tam Kung.

The Hong Kong Tourism Board, which is promoting the series of festivals as a tourist attraction, said that it was “proud to support the culture and heritage that makes Hong Kong such a vibrant city.”

“We invite visitors to immerse themselves in these ancient celebrations, which truly capture the color and lively spirit of the city,” said Anthony Lau, executive director of the Hong Kong Tourism Board.

A celebration of Tin Hau, the Goddess of the Sea, this eponymous festival lures thousands of people to peaceful Yuen Long every third lunar month. The celebration centers around the Shap Pat Heung fa pau (floral wreath) parade. Starting at 10 a.m. on April 27, the procession fills the streets with extravagant floral wreaths, traditional dancers, and a lively marching band.

Taking place on the charming island of Cheung Chau, the famed Bun Festival was named one of the “Top 10 Quirky Local Festivals” by TIME Magazine. As the story goes, the villagers summoned Pak Tai, a powerful deity, to protect them from a devastating plague, and then paraded through the streets to ward off evil spirits.

For more than a century, the villagers had celebrated the festival with the vibrant Piu Sik (Floating Colours) Parade, papier-mâché effigies, Chinese opera performances, lion dances, and delicious food throughout the week.

Where do the buns come in? Every year, local vendors produce tens of thousands of ping on bao, aka “lucky buns”.

The festival is celebrated between May 9 and 13. On May 12 at 11:30 p.m., the mind-boggling Bun Scrambling Competition takes off. Competitors scale a 14-metre-tall bamboo tower covered with 9,000 imitation buns and try to collect as many buns as possible in three minutes.

The city marks Buddha’s Birthday with a week of carnivals and spiritual experiences from May 6 to May 12. A common ritual is ‘Bathing the Buddha’, where worshippers wash Buddha statues with water to show respect. Then there’s the Celebration Carnival for Buddha’s Birthday in Victoria Park, the Buddhist Birthday Charity Concert at the Hong Kong Coliseum, and various events at Po Lin Monastery, on lush Lantau Island.

A sea deity worshipped by fishing communities, Tam Kung is known for his ageless face and ability to forecast the weather. Every fourth lunar month, villagers celebrate the god at the century-old Tam Kung Temple in Shau Kei Wan with traditional lion and dragon dance parade. This year the celebration will fall on May 12. MDT/ AP