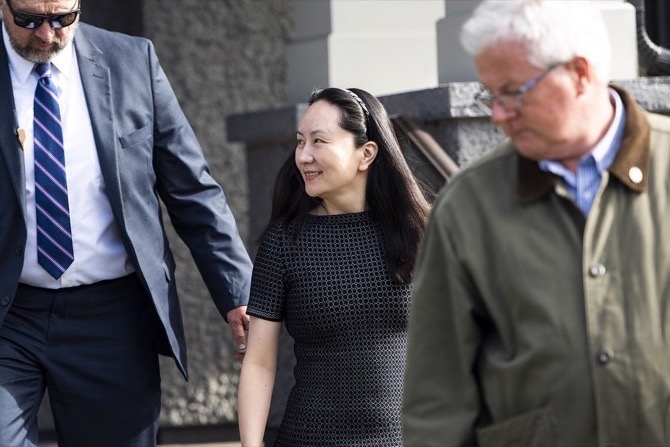 For months, Canadian defense lawyers for Huawei Technologies Co.’s chief financial officer have been gearing up to battle a U.S. extradition request they’d said would be “exceptionally” complex involving reams of documents. It turns out it’s just 33 pages long.

The Canadian proceedings, in other words, are unlikely to shed much more light on what kind of evidence exactly the U.S. has amassed against Meng Wanzhou, who is also the daughter of Huawei’s billionaire founder Ren Zhengfei and is sought by the U.S. on fraud charges.

In a preliminary hearing last week, the Supreme Court of British Columbia laid out a road map for Meng’s case, ordering the start of extradition hearings on Jan. 20 – the day when crown prosecutors will also present for the first time the full U.S. request, known as the record of the case.

“It would be helpful to have them well in advance,” Associate Chief Justice Heather Holmes told the crown prosecutors. “I understand they’re quite complex.”

Not as complicated as her defense describes them, responded crown lawyer John Gibb-Carsley. When asked how long the request was, he said, “The record of the case is 25 pages and supplement is eight pages.” Just a tad more than the 25-page U.S. indictment already filed in January.

The U.S. accuses Meng of tricking banks into conducting transactions for Huawei that may have violated U.S. sanctions on Iran. The main pillar of the U.S. case appears, so far, to be a PowerPoint she presented at a huddle in a Hong Kong teahouse with an HSBC Holdings Plc banker about six years ago.

Since her arrest last December, Meng has been living under house arrest in Vancouver. Another round of preliminary hearings is set to start on Sept. 23.

Below is the timeline set by the court on Thursday and is subject to change. Natalie Obiko Pearson, Bloomberg