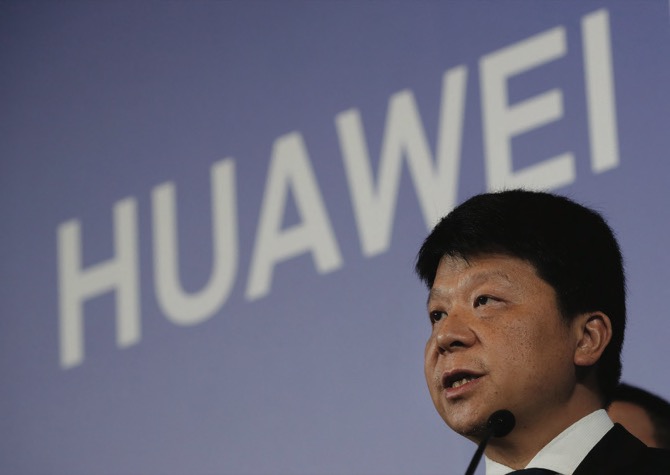 Chinese tech giant Huawei is challenging a U.S. law that labels the company a security risk and would limit its access to the American market for telecom equipment.

Huawei Technologies Ltd.’s lawsuit, announced yesterday, asks a federal court to reject as unconstitutional a portion of this year’s U.S. military appropriations act that bars the government and its contractors from using Huawei equipment.

It comes as the biggest global maker of network equipment fights a U.S. campaign to persuade allies to shun Huawei. That effort threatens to block access to major markets as phone carriers prepare to invest billions of dollars in next-generation, 5G networks.

The complaint, filed in Plano, Texas, the headquarters of Huawei’s U.S. operations, cites the framers of the U.S. Constitution, including Alexander Hamilton and James Madison, in arguing that the law in question violates the constitutional separation of powers, denies due process and amounts to a “Bill of Attainder” that singles out a specific entity for adverse treatment.

It says the law causes the company “concrete and particularized injury, and imminent future injury” and subjects it to a “burden that is severe, permanent and inescapable” that amounts to a corporate “death penalty.”

Huawei is at the center of U.S.-Chinese tensions over technology competition and cyber-spying. The company has spent years trying to put to rest accusations it facilitates Chinese spying or is controlled by the ruling Communist Party.

Increasingly, both sides appear to be resorting to courts to press their cases.

“We are compelled to take this legal action as a proper and last resort,” the company’s rotating chairman, Guo Ping, said at a news conference. Guo said the ban would limit competition, slowing the rollout of fifth-generation communications and raising consumer prices.

Huawei has pleaded not guilty to U.S. trade-theft charges after a federal court in Seattle unsealed a 10-count indictment in January against two of its units, Huawei Device Co. and Huawei Device USA. The charges include conspiracy to steal trade secrets, attempted theft of trade secrets, wire fraud and obstruction of justice.

The company’s chief financial officer, Meng Wanzhou, is fighting extradition to the U.S. after she was arrested in Vancouver, Canada on Dec. 1. U.S. prosecutors have filed charges accusing Meng, who is the daughter of Huawei’s founder, of lying to banks about dealings with Iran.

At a routine briefing yesterday, a Chinese foreign ministry spokesman noted that the Chinese government has also objected to the law.

“We believe that it is perfectly proper and fully understandable for companies to defend their legitimate rights and interests through legal means,” Lu Kang said. He said he had no information about whether China would join Huawei in the lawsuit.

Huawei has about 40 percent of the global market for network gear. Its U.S. sales evaporated after a congressional panel in 2012 cited the company and a Chinese competitor, ZTE Corp., as security risks and told phone carriers to avoid dealing with them.

U.S. authorities “have hacked our servers and stolen our emails” but have presented no evidence to support their security claims, Guo said. He complained Washington was “sparing no effort to smear” the company.

Huawei says the new law would shrink its potential U.S. market further by prohibiting the government from buying the Chinese vendor’s technology and from buying goods or services from or giving grants or loans to companies or other third parties that do. The United States accounts for 20 to 25 percent of the global market for computer and telecom technology.

Huawei says the U.S. law it is protesting improperly has Congress play the role of a court.

The ban is “based on numerous false, unproven and untested propositions,” said Song Liuping, the company’s chief legal officer, at the news conference. “Huawei has an excellent security record and program. No contrary evidence has been offered.” Joe McDonald, Shenzhen, AP