HZMB chief engineer to give talk at UM on Tuesday 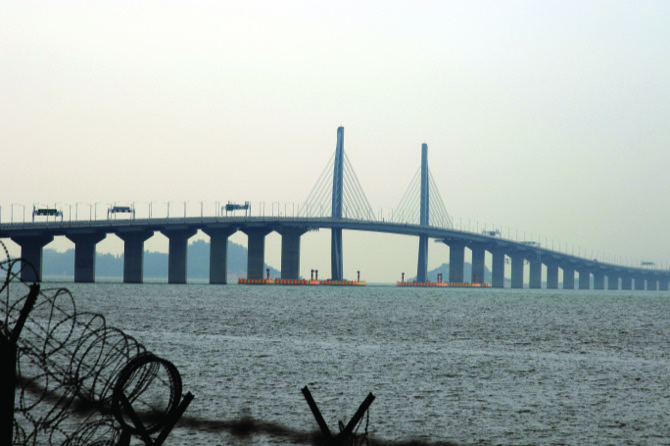 The 55-km long structure is the longest sea bridge in the world. The project comprises a bridge tunnel, the link roads in Hong Kong, Zhuhai and Macau, as well as the Hong Kong port and the Zhuhai-Macau port. During the talk, Su will give the audience a comprehensive overview of the bridge, from the preliminary studies and overall planning to its design and construction. He will also share the key technological achievements in the construction process.

According to a statement issued by the UM, Su has many years of experience in the survey, design, scientific research, and technical management of roads and bridges. Since 2004, he has been in charge of the technological aspects of the HZMB construction. Some of the approaches he used and advocated, such as a demand-oriented design and the assembly of large-scale and prefabricated components, have been widely recognized and adopted in the industry.

The talk will start at 4:30 p.m. in the Mr & Mrs Lau Chor Tak Lecture Theatre, Anthony Lau Building (E4-G078). It will be conducted in Mandarin, with simultaneous interpretation into English.