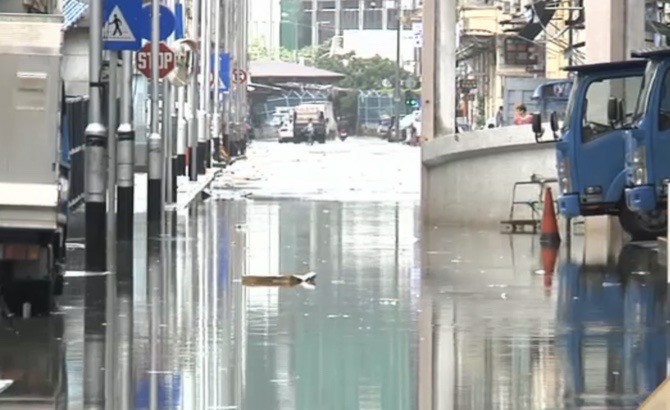 A member of the Municipal Affairs Bureau (IAM) has declared that a major heavy rainfall and an astronomical tide combined are needed to test the capacity of the to-be-completed water pumping facility in Inner Harbor.
Mak Kim Meng, member of the IAM’s Municipal Affairs Management Council, disclosed at a community seminar that the facility was nearly ready. The construction is expected to conclude at the end of this month.
The construction of the pumping station has cost the city MOP110 million.
Mak also disclosed that the new facility has gone through some unrehearsed simulations already. Two rainy days about two weeks ago generated sufficient water to trigger the operation of the pumps. Results were satisfactory, as no flood was recorded in the Inner Harbor District.
Vice president of the IAM management council Lo Chi Kin added that astronomical tides during the previous month brought floods to the area. “But after the testing of the facility, the conditions luckily did not reoccur,” Lo said. He added that a major rain and tide combined are required to test the capacity of the facility.
However, he explained that in the event of seawater rising due to a major typhoon the facility will not be able to help as “no pump is capable of drying the sea.” AL