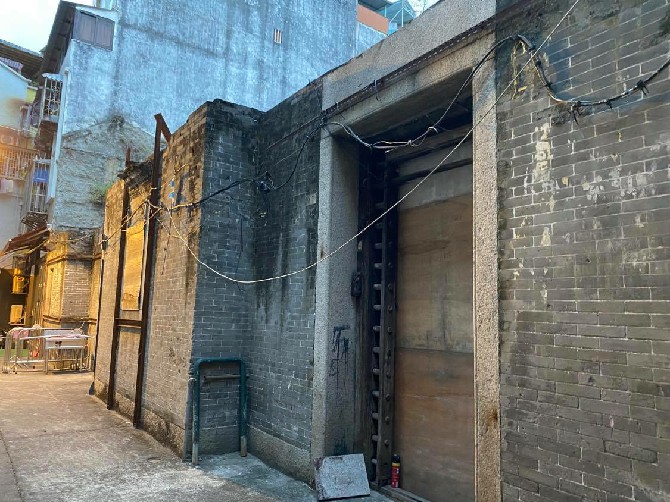 With an antique customs facility described as representing high national education value saved from danger at the last minute, Mok Ian Ian, president of the Cultural Affairs Bureau (IC) insisted that no direct link to its historic values was found in the first place.
She reiterated that the IC had commissioned a team of archeologists to survey the site. The team did not find any specific value supporting the preservation of the site in part or in full.
In 2017, the Macau University of Science and Technology purchased an old map that identified the site as an aged customs facility. Although the map was kept privately by the institution, cultural heritage architect André Lui Chak Keong wrote in 2018 two major articles on Chinese paper Macao Daily News to emphasize the findings.
After the Urban Planning Committee Plenary last month, the IC announced the suspension of the proposed demolition of the facility. At the plenary, the IC’s vice president even defended the bureau’s decision.
When asked for the reason why the bureau did not reevaluate the value of the site, given the map and the articles, the IC president bypassed the question. She reiterated that initial archeological findings did not provide a direct link to the values of the site.
The archeological work was concluded before the purchase of the map by the university and the articles by Lui.
When questioned if the IC has committed negligence when insisting the green light, she declined to comment.
She repeatedly noted that she was aware several articles have been written with mixed conclusions on the values of the site.
On the topic of an IC employee allegedly violating duty of confidentiality, Mok expressed regret about the case. She said she had reiterated to her team the ethics, professional morality and duty of a civil servant.
Although stressing the parallel importance of safeguarding public interests and legality, she refrained from engaging in further disclosure, citing the on-going legal procedure.
When questioned about the tender review procedure for the New Central Library project, which is suspected to be the epicenter of the case, Mok said the decision was completely justified, adding that each piece of work had run through thorough internal discussions.
While discussing the proposed provisional car tire park in Taipa, Mok noted that the IC suggested preservation of the existing old factory building “appropriately”, with the inclusion as parts that can “create collective memories.”

Macau International Museum Day Carnival 2021 opened yesterday at the Macao Science Center as part of the city’s celebrations for International Museum Day, which falls on May 18 each year.
The theme set by the International Council of Museums for this year’s International Museum Day is “The Future of Museums: Recover and Reimagine.”
At yesterday’s event, the 14 participating museums in the city, such as the Macau Grand Prix Museum, the Pawn Shop Gallery, the First Services Museum and the Communications Museum, hosted activities and DIY craft workshops.
These included the non-fired ceramic tile painting workshop, Tak Seng On accessories DIY workshop and kalimba DIY workshop.
The Guangdong Museum, Guangzhou Museum and Shenzhen Museum are participating in the event and have set up booths at the activity venues. The Leisure and Cultural Services Department of Hong Kong is also taking part in the carnival, and has displayed publications at on-site booths and through online means.