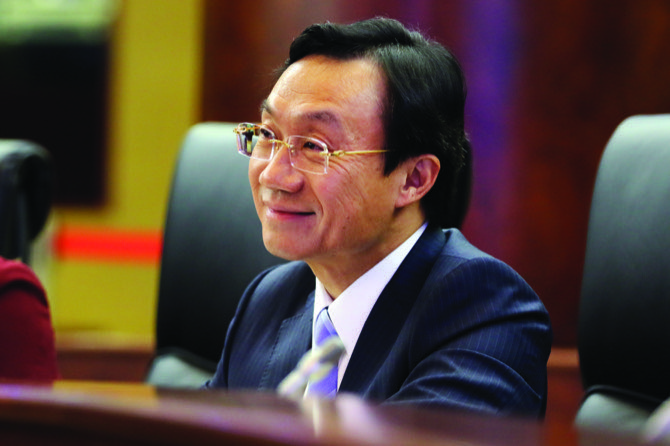 Macau culture and heritage authorities are pointing to the recent burning of the Notre-Dame Cathedral as a reference for the protection of cultural heritage.

The idea was raised during a meeting of the Cultural Heritage Council last week, chaired by the Secretary for Social Affairs and Culture, Alexis Tam.

The iconic Cathedral of Notre-Dame de Paris in France caught fire on April 15, and its 850-year-old tower was badly damaged.

Secretary Tam expressed great concern about the matter, pointing out that the incident had highlighted the need to safeguard Macau’s cultural heritage.

The Secretary said he would instruct the cultural departments under his purview to strengthen communication with the owners or managers of heritage buildings, in order to safeguard the valuable cultural heritage of Macau.

The Cultural Affairs Bureau (IC) would be instructed to continue to disseminate information and educate on the safeguarding of cultural heritage to the aforementioned end.

The Bureau pledged to continue to carry out inspections, as well as promote its platform, “Information to the Public about Macau Cultural Heritage”, which will allow the public to notify the IC on the state of heritage buildings through various channels.

According to a statement from the Bureau, the IC places importance on the fire safety of heritage buildings, and together with the Fire Department (CB) regularly organizes meetings on the management of fire prevention in temples and conducting fire training.

With reference to the experiences and practices of other world heritage cities, the IC will establish a World Heritage Monitoring Center later this year, in order to reduce the risks of cultural heritage.

The measures of the cultural authority follow a serious fire that broke out at Macau’s historical A-Ma Temple during the 2016 Chinese Lunar New Year period. Starting with an electrical fault, the fire caused severe damage to the interior of the temple’s main hall, as well as plaques, altars and furniture.

The IC said that the damage, though considerable, was not irreparable. DB