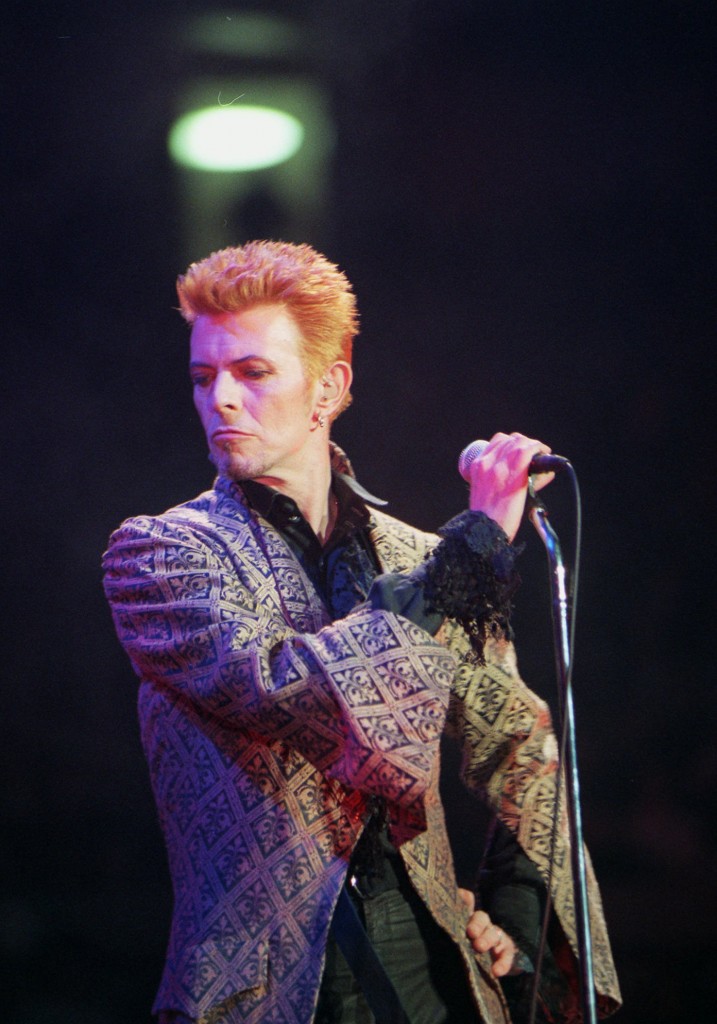 New York (AP) — David Bowie, the innovative and iconic singer whose illustrious career lasted five decades with hits like “Fame,” ”Heroes” and “Let’s Dance,” died Sunday after a battle with cancer. He was 69.

Representative Steve Martin said today (Monday) that Bowie died “peacefully” and was surrounded by family. The singer had battled cancer for 18 months.

“While many of you will share in this loss, we ask that you respect the family’s privacy during their time of grief,” the statement read. No more details were provided.

Bowie, who was born David Jones, came of age in the glam rock era of the early 1970s. He had a striking androgynous look in his early days and was known for changing his looks and sounds. The stuttering rock sound of “Changes” gave way to the disco soul of “Young Americans,” co-written with John Lennon, to a droning collaboration with Brian Eno in Berlin that produced “Heroes.”

He had some of his biggest successes in the early 1980s with the stylist “Let’s Dance,” and a massive American tour.

“My entire career, I’ve only really worked with the same subject matter,” Bowie told The Associated Press in a 2002 interview. “The trousers may change, but the actual words and subjects I’ve always chosen to write with are things to do with isolation, abandonment, fear and anxiety — all of the high points of one’s life.”

His performance of “Heroes” was a highlight of a concert for rescue workers after the 2001 World Trade Center attacks.

“What I’m most proud of is that I can’t help but notice that I’ve affected the vocabulary of pop music. For me, frankly, as an artist, that’s the most satisfying thing for the ego.”

Bowie kept a low profile in recent years after reportedly suffering a heart attack in the 2000s. He made a moody album three years ago called “The Next Day” — his first recording in a decade which was made in secret in New York City. “Blackstar,” which earned positive reviews from critics, represented yet another stylistic shift, as he gathered jazz players to join him.

Bowie was married to international supermodel Iman since 1992.

He wrote he had grown up listening to and watching Bowie and called the singer a “master of reinvention” and a pop genius who kept on getting it right.