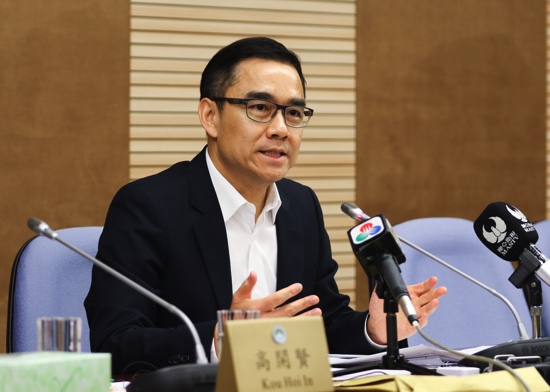 The culture of the public administration and the fact that there are few complaints from the community, led the government not to act in a timely fashion,” said Ho Ion Sang, the lawmaker who presides over the Legislative Assembly (AL) Committee for the Land Affairs and Public Concessions, following the group’s meeting with the government yesterday morning at the AL building.
The lawmaker was answering journalists’ queries after the meeting which he said was mostly dominated by the current issue of the 113 unused land plots identified by the government in 2011.
The president of the AL Committee also confirmed that there will be other land plots in an identical situation in the future, and that the government should revoke those concessions, in accordance with the law.
Aside from more land that will need to be reacquired,  there will also be more guarantees from the government when handling the so-called “special charges” attached to land concessions.
As Ho Ion Sang previously explained, these sorts of conditions were often attached to the land concessions and included, for example, the construction of flyovers, accessibility structures and other facilities. However, in the past few years, they have been disregarded.
“We discussed these ‘special charges’ and how that can affect the land holders by preventing, in some cases, the registration of ownership. According to the government, these situations are now rare because there is a condition that imposes a bank guarantee for an amount greater than the costs that will cover these eventualities,” he said, adding that the government can make use of those funds to speed up the process of construction of those facilities.
One of the proposals made by the committee is the need to “reinforce the transparency” in all that concerns the current situation as well as to update all land concessions. According to Ho Ion Sang, the proposal was well accepted by the government, and it will “provide updates on the website granting the right to information for both the press and the public in general.”
Regarding the current situation of the 113 land plots, the government informed the media that in 48 of those cases, it was concluded that the developers were accountable for the non-development of the land. Out of those, in 23 cases the expiration of the concession had already been declared, and two have been retrieved by the government on which they will build a warehouse (on land located in Pac On area) and a government office building (on land located in NAPE area).
As for the 25 other land plots, 16 were referred to as illegally occupied plots and were already recovered, and nine cases are still under investigation (seven of which are reaching the final stage of this review and will soon have their concessions declared terminated).