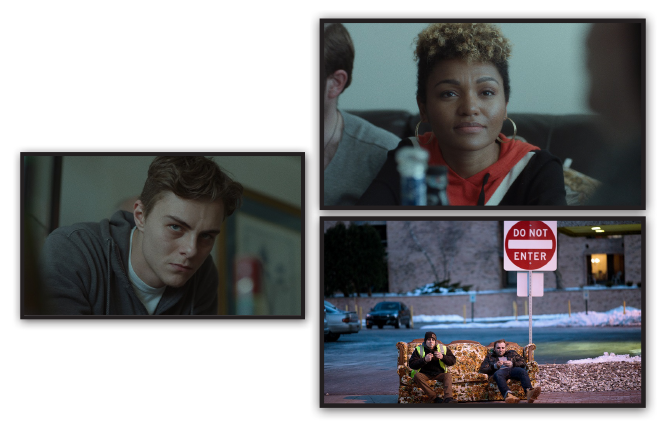 Like the passengers in the van which is Give Me Liberty’s primary form of transportation, viewers of this compassionate, sometimes disjointed drama need to hang on and go along for the ride, no matter the bumps and unexpected detours that may occur. Director and cowriter Kirill Mikhanovsky has a heartfelt story to tell about the immigrant experience and the ways that outsiders form their own communities, and his generosity overcomes the shortcomings that sometimes crop up. Newcomer Chris Galust gives a performance of bruised tenderness as a young driver lacking direction, an apt metaphor for those trying to find an American Dream that’s just out of reach. 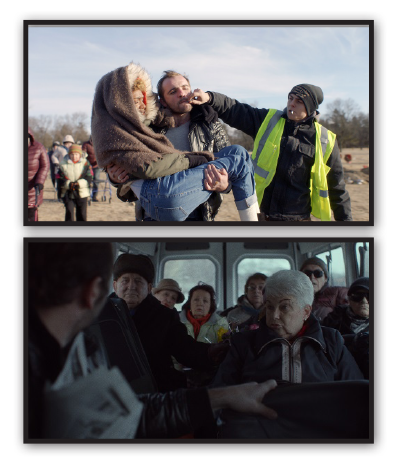 Galust plays Vic, a Russian-American driver who buses people with disabilities around Milwaukee, where tensions are running high because of street protests against the local police. Vic’s hectic day grows increasingly frantic as he takes on more unexpected passengers — including a funeral party — but he manages to find a little time to spend with Tracy (Lauren “Lolo” Spencer), a young black woman with ALS.

Mikhanovsky was inspired in part by his time working as a medical transport driver, and Give Me Liberty has an intimacy and authenticity that suggests that the filmmaker knows this world and its inhabitants well. No matter who we meet — Russian-Americans, African-Americans, individuals with disabilities — they’re all struggling in a society that has little space for them, and Mikhanovsky shows enormous sympathy for his characters without being precious or patronizing…

What holds Give Me Liberty together, beyond its slowly revealed themes, is Galust, a nonprofessional who conveys just the right amount of hesitancy and exasperation in the role. We don’t learn a lot about Vic’s history, but we get a sense of his character through the way he interacts with others and responds to new aggravations. Consequently, one of Give Me Liberty’s consistent small pleasures is discovering different aspects of his personality — particularly the sweetness that emerges as he hangs out with Tracy. (As Vic’s potential love interest, Spencer, a model and actress with ALS, has a tough exterior and sharp tongue, both of which subside once the two characters grow closer over this crazy day.)

In its early stretches, Give Me Liberty simply coasts on its unpredictable sense of humour as we meet this cast of lovable eccentrics. Once Dima (Max Stoyanov), a boxer and self-deluded ladies’ man, enters the picture, his cannonball personality shifts the film into a more slapstick arena, while a crop of elderly Russian mourners inject the story with wry gallows humour. (If nothing else, this movie is valuable for teaching viewers the importance of knowing which is the correct gravestone to weep at.) Mikhanovsky mixes different style of comedy, but he binds them with a realist approach that grounds everything in an offhand, absurdist tone.

The IFFAM trophies are the creations of internationally acclaimed production designer and art director Dante Ferretti.  The 73-year-old Italian – who began work in the late 1960s and ventured into international sets in the 1980s – has collaborated with award-winning Hollywood directors such as Martin Scorsese (The Aviator, Hugo) and Tim Burton (Sweeney Todd).

Ferretti has won three Academy Awards and been nominated for 16. His work in production design has also swept film prizes from around the world, including three BAFTA Awards and four of Italy’s David di Donatello Awards. The Italian press has awarded Ferretti 12 Silver Ribbons over nearly 25 years.

His IFFAM trophies, shaped like a spiraling film reel, symbolize the unforgettable origins and the promising future of cinema.