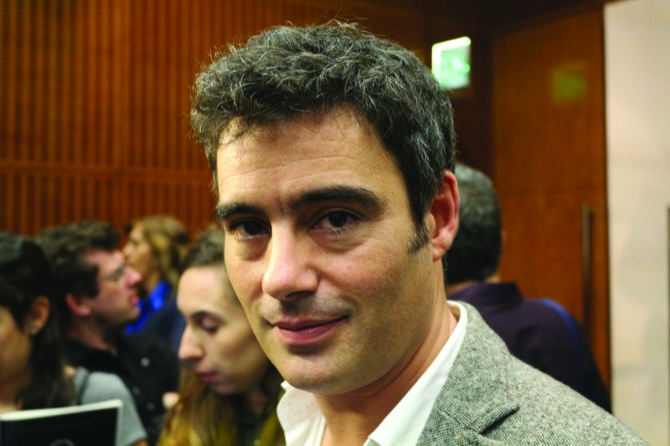 Ivo Ferreira, Portuguese director of the locally-inspired film “Empire Hotel,” has detailed that the movie has been his reality since his arrival in the SAR in 1994 – and a collection of his memories from more than a decade ago. The movie was screened in Macau at the Cultural Center during the International Film Festival and Awards Macao (IFFAM).

Shot in Macau, the film presents a story about a woman named Maria who lives in Empire Hotel, which is situated in a traditional neighborhood of Macau where clothes hang between neon lights, and an entangled net of electric wires dominates the streets.

Speaking to the press during the red carpet event, Ferreira said, “This is probably the most important screening of the film because it’s shot in Macau. I won’t say it’s a film about Macau as many will be mad. It’s kind of a view of Macau. It’s not the reality but rather my reality since 1994.”

“Empire Hotel” was partially funded by the Cultural Affairs Bureau (IC), which Ferreira described as “seed money” that helped him start the film. Ferreira, residing in Macau, was part of the first group of directors that the bureau supported. It was during the first edition of the Macao International Film Festival in 2016 that Ferreira pitched his feature film.

“With the IC policy, it [the film industry] has changed completely. Also with the creative industry fund, it has changed the investment in cinema, which is very important. We can say that most of the finance [for the movie] came from Europe but that money [from Macau] was very important,” said Ferreira.

He made his first documentary in Macau while traveling in Asia, and then he directed a series of anthropological documentaries in Angola.

Empire Hotel is his fourth feature.

According to the director, the Macau film industry can only grow, adding that there has been growth and change in how local directors are being supported.

“I think we are seeing now something that is growing [and] improving. One of the things that is very clear is this film festival. Since the festival started, from that point on, […] Macau now exists on the map for cinema so I think this will make it easy [for local directors],” said the filmmaker.

“Also for the market. It’ll be easier for local directors to finance their films so it’s a promising future,” he added.