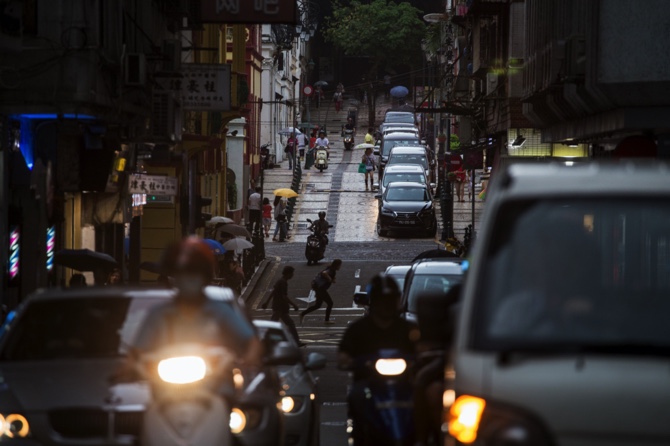 The mainlander driver who caused a fatal accident in March at Avenida Marginal Flor de Lotus while driving illegally was sentenced to 39 months in jail, the Court of First Instance announced recently, according to a report by Macau Concealers.

A 22-year-old local woman died from the severe injuries caused by the accident.

The woman was riding a light motorcycle at Avenida Marginal Flor de Lotus in the direction of Coloane and collided with the car which was performing a U-turn in front of Hotel Okura.

What initially appeared to be a serious infraction of the Road Traffic Law turned out to be an even more complex case. The car, a seven-seater van owned by a local junket operator, was being driven by a non-resident worker without the necessary work permit.

The hiring of non-locals as professional drivers is strictly forbidden by law, and this is one of several jobs exclusively reserved for local residents.

The driver, a 40-year-old male, was officially employed as an assistant accountant.

Since the trial commenced on September 26, the defendant, Chen Feng, was never presented at court trials.

The court announced the verdict on October 17, finding Chen guilty of the fatal accident.

In addition to 39 months in prison, Chen is banned from driving in Macau for 30 months. Previously, Chen had admitted to negligent homicide in his testimony.

Chen’s employer, the Seng Keng Group, reached a civil settlement with the parents of the deceased before the trial for a figure of MOP8 million.

According to the Macau labor law, when an employee is found performing a job that is different from the one they have been hired to perform, the employer may incur a fine of MOP5,000 to MOP10,000. JZ