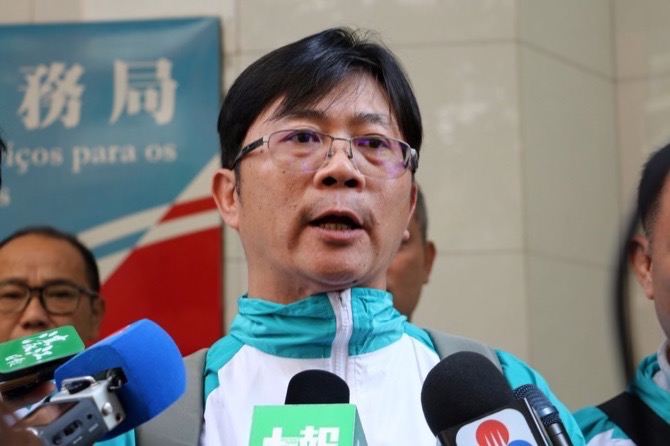 After the meeting, the group, represented by several of its members, spoke to the media on the proposed changes that they wish to see enforced.

According to the spokesperson of the AGERTM, Lau Vai Keong, who is also a member of the Transport Advisory Committee, the Federation proposed to increase the fines on employers in cases where illegal drivers were hired, which had been proposed last Thursday during a meeting with police authorities.  Also, as proposed by the New Macau Association (ANM) in a letter to the Chief Executive delivered last Saturday after a demonstration, there would be enforcement of and a limit to the foreign workers’ quota for rule violations.

Lau told the media, “we propose a law amendment on the penalties because the [current] fines of [a maximum] MOP10,000 are not enough to deter the illegal practices. We also propose that when there is a violation [of the law], the government should limit the importing [quota] of the perpetrators.”

Adding to such amendments, Lau also added that the Federation has requested from the DSAL the publication of all statistics regarding law enforcement on this matter as well as cases found on a regular basis so that society can be continuously aware of the situation.

Lau also noted that as the Bureau informed, the DSAL is currently “following up on the case and re-examining policies regarding cross-boundary work,” but he could not disclose if the Bureau accepted the proposal to increase the fines and to what extent. Nonetheless, Lau said that a relevant update could be expected due to the “severity of the situation.”

Commenting on the possibility of criminalizing the act, Lau noted that the Federation believes “that enforcing it as an administrative infraction should be more effective and have a more immediate effect, as, if it turns into a crime, the judicial procedures will be long-lasting.”