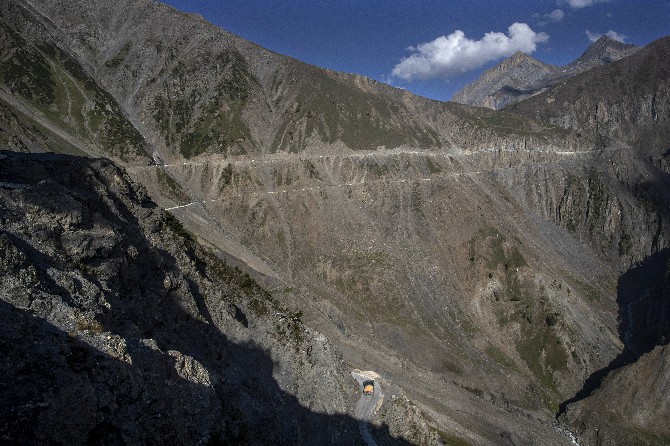 High in a rocky Himalayan mountain range in the Indian-controlled portion of Kashmir, hundreds of people are working on an ambitious project to drill tunnels and construct bridges to connect the Kashmir Valley with Ladakh, a cold-desert region isolated half the year because of massive snowfall.
Strategically important Ladakh shares de facto borders with Pakistan and China and currently depends on air supplies for about six months of the year.
Officials say a 6.5-kilometer tunnel, the first of four, is already complete and will make the resort town of Sonamarg accessible during the winter months for the first time. Sonamarg marks the end of conifer-clad mountains before Ladakh begins across the rocky Zojila mountain pass. 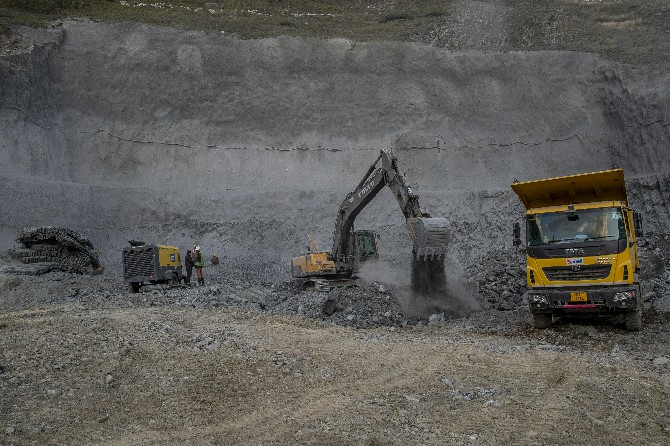 The $932 million project’s last tunnel, about 14 kilometers long, will bypass the challenging Zojila pass and connect Sonamarg with Ladakh. Officials say it will be India’s longest and highest tunnel at 11,500 feet.
“It’s not like any other construction work. It’s great learning,” said one of the workers, Tariq Ahmed Lone, as he helped at a drilling machine.
Indian and Chinese soldiers have been engaged in a sometimes violent standoff in the Karakoram mountains in Ladakh for over 16 months along their de facto border, called the Line of Actual Control. Both countries have stationed tens of thousands of soldiers there, backed by artillery, tanks and fighter jets.
Indian military planners view the tunnel project as extremely important for Ladakh. Experts say it will provide logistics flexibility to the military and give it operational and strategic mobility.
Politicians also see an opportunity in the project.
The Zojila part of the tunnel is to be functional in 2026, but India’s road transport and highways minister, Nitin Gadkari, said on a visit to the project site on Tuesday that he hopes the work will be finished before a 2024 general election.
“It’s a challenge I know, but I’m confident they can do it on time,” Gadkari said. “Obviously, we would want it to be finished before the elections.” DAR YASIN, SONAMARG, MDT/AP 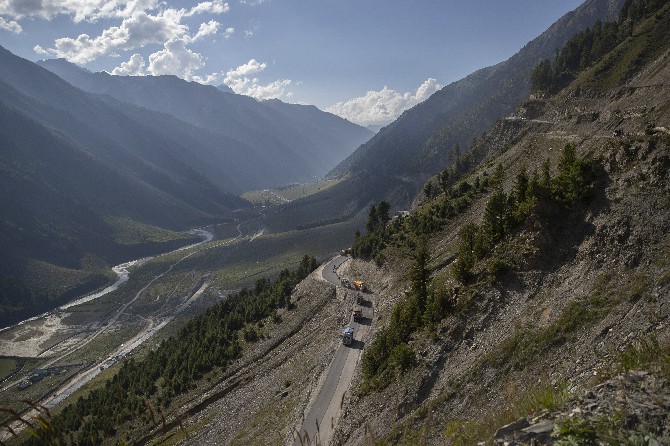 Vehicles run through the Zojila Pass