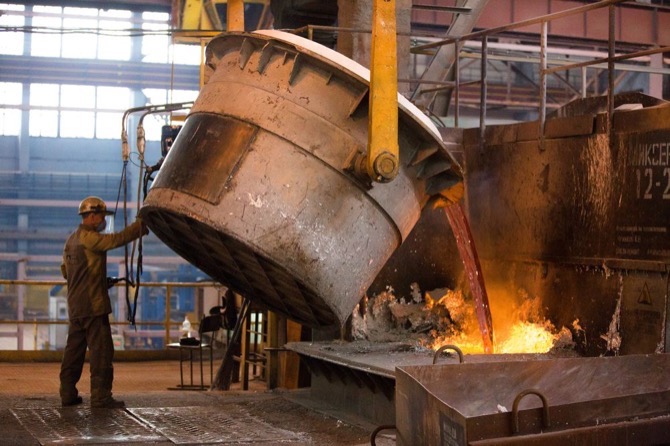 Indonesia will enforce a complete ban on the export of raw nickel ore from Jan. 1, two years earlier than planned, as the nation seeks to lock in supplies for dozens of smelters that are under construction and buttress a drive to build out local processing capacity, an official said.

The suspension is also in line with a plan to preserve low-grade nickel ore containing cobalt and lithium for use in electric batteries, Bambang Gatot Ariyono, director general for mineral and coal at the Energy and Mineral Resources Ministry, told reporters on Monday. Miners with outstanding permits to export nickel ore may ship the mineral until the year-end, he said.

“The government decided – after weighing all the pros and cons – that we want to expedite smelter building,” Ariyono said at the briefing in Jakarta. “So we took the initiative to stop exports of nickel ores of all quality.”

Indonesia has been at the forefront of efforts in emerging markets to extend its sway over local commodity riches by boosting control of top mines, including the copper trove that’s been developed by Freeport-McMoran Inc., and insisting more processing is done at home. In nickel, the rule changes – which had been the subject of extended speculation – will choke off the flow of raw material overseas. The shift has been endorsed by President Joko Widodo, who’s about to embark on a second, final five-year term.

While Indonesia has an estimated nickel ore reserves of 2.8 billion metric tons, proven stockpiles are only about 600 million to 700 million tons, Ariyono said. With the country soon set to be home to about 36 smelters, annual nickel ore demand will soar to 81 million tons from about 24 million tons now, he said.

“If we continue free exports, the proven reserves will be enough only for seven to eight years,” Ariyono said. “The technology is advancing, so smelters can process low-grade nickel ores and they can be used for batteries to help Indonesia meet its electric-vehicle goals.”

Nickel prices rallied for a second day after Indonesia first said on Friday that it will bring forward the ban. The earlier than initially planned ban will apply only to nickel ore, allowing bauxite and copper concentrates to be shipped with permits until 2022, Ariyono said.

This isn’t the first time that Indonesia has shifted a planned timeline for curbs on ore exports. The government imposed a blanket ban on shipments in 2014 only to relax it in 2017, allowing overseas sales of surplus, lower-grade nickel ore of below 1.7% to finance smelter construction.

With exports linked to construction of smelters, miners have rushed to set up processing units, mainly in the country’s Sulawesi region. Several overseas firms are planning battery-grade nickel facilities in Indonesia, including China’s Tsingshan Holding Group Co. and PT Vale Indonesia, a unit of the Brazilian mining giant.

Exports of nickel ore totaled 13.3 million tons in the seven months through July out of 23.6 million tons of ore cleared for shipment, official data showed. Shipments were 20 million tons in 2018, with the government issuing recommendations for a total of 76.3 million tons since the ban on exports was relaxed in 2017.

The amendment to bring forward the ban, signed by Energy and Mineral Resources Minister Ignasius Jonan, is expected to be cleared by the Ministry of Law and Human Rights on Monday, Ariyono said. Bloomberg