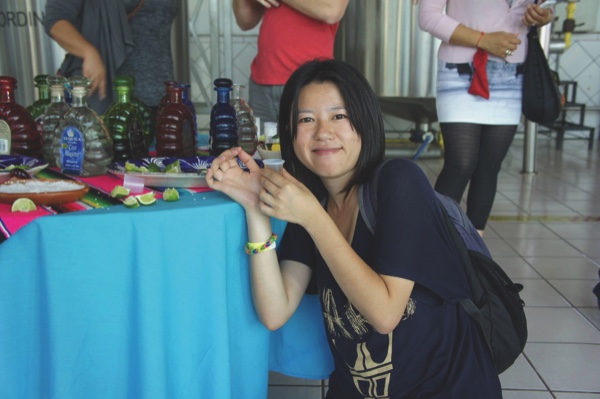 Ines Lei, a community planner and co-founder of Macau Root Planning, claims the government is not focusing on the city’s “development concept” in the long-term, stressing that the “development spirit” in the city is missing. In an interview with the Times, the urban planner also noted that several plots of land in the city could have been better put to use to pursue a “more sustainable concept.”

Macau Daily Times (MDT) -­What are the heritage issues Macau is currently facing?
Ines Lei (IL) – The heritage protection list hasn’t been updated for over 20 years. Although last year they [the Cultural Heritage Committee] had the first [public consultation] round of updating the heritage protection list, the progress is really going slow. About modern architecture, it seems to me that the heritage value is mainly based on the historical value. They are really concerned [whether] it has a long history or someone important lived there. But I think social value is also a really important factor.

MDT – Is Macau losing its identity due to the recent developments the city has experienced?
IL – I wouldn’t say that it’s losing its identity because I think Macau identity is never a fixed concept. It has been changing over hundreds of years, so it is hard to say if we’re really losing the identity, because it is a changing concept. […] Coloane would be a really good example of how people are strongly opposed to the sweeping change of the landscape because the changes [there] are really obvious.

MDT – What’s your take on the six areas of the city that are undergoing land reclamation?
IL – This is a huge topic but I think the [government’s] plan for the six areas is…trying hard to use the reclaimed land to solve [the problem] we are facing now. But it doesn’t provide a real ‘development concept’ in the long-term. That is my main concern. It doesn’t have a concept and a big vision about how we should build and change our city in the long-term. It just focuses on dealing with the problem that we are facing now.
And because of that, I think it will just somehow limit [future] possibilities and limit the public’s imagination of our city’s future. Because when urban planners plan, we always like [to emphasize] “make no little plan,” so it’s really hard to feel the passion. Something is missing; the development spirit is missing. The philosophy of how we should grow the city is missing; I think that’s really important.
MDT – Can you suggest another example of how the government is not delivering the “development concept” you’ve mentioned?
IL – It seems like nowadays it’s a hard topic, and a big trend, that our city’s direction is in the creative and cultural industry. But when we talk about culture, we also need to think [about how] we are really pursuing the cultural development, where is the source of culture? […] One of the examples is the bike lane. It seems like the bike lane development is just used as a recreational facility, and not as a mode of commute for the citizen. If the city provides more bike lanes for citizens, it would help the society in pursuing a more sustainable concept and future development for the city.

MDT – What can you say about the Cultural Heritage Council’s decision to support the government’s exclusion of the Hotel Estoril from the heritage protection list?
IL – What really made me shock[ed] about the voting is that the Cultural Affairs Bureau didn’t hand in our documents when the Council was having a meeting to talk about whether [to] protect it [or not]. […] Our organization had documents… which consist[ed] of public petition and also potential assessment of the cultural value of the building complex. So we kind of write up a technical document and list all the reasons why we think they should start the process. It’s an important document, and they didn’t really hand [it] in to the council. This is a critical mistake. They don’t have to agree with what we say but they don’t have the right to rip off the rights of the council to know about this document. This is against the procedural justice; this is something really wrong.

MDT – What difference would it make if the MSAR updates the heritage preservation bill?
IL – If they don’t update the whole list […] maybe later on there would be more buildings that would be torn down, even though the public would want to preserve them. […] It’s better for the government to study more about the potential buildings [that need protection], so there won’t be so much debate in the future.

MDT – Is the government interested in accepting proposals from urban planners?
IL – In Macau, the opinions and comments of professional urban planners and architects are not really respected enough, like they deserve. Staff reporter