Insight | A glimpse of the world 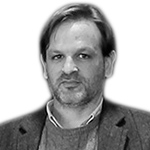 The World Press Photo (WPP) exhibition is back in town, having opened on Saturday in Casa Garden. It is a world class exhibition that is featured all over the globe and which has become a regular feature in Macau since the organizers Casa de Portugal (with Macau Foundation support) signed an agreement in 2009 with the World Press Photo Foundation to bring the event here.
It is a pity however that the exhibition has not yet become part of the cultural habits of the local public. When I visited yesterday, only a few photojournalism lovers were at Casa Garden, despite the large crowd that gathered in the neighboring Ruins of St. Paul’s. Maybe a larger promotion effort needs to be done by the organizers, because it hurts to see almost no attendance at an event that gathers such crowds in other places. I saw previous WPP editions in well-attended exhibitions held in Lisbon (initially at the Belém Cultural Center and later at the Electricity Museum) and at the emblematic Oude Kerk in Amsterdam.
As usual, the WPP exhibition is relevant because it allows visitors to get a glimpse of the stories that shake the world. The winning picture was captured by U.S. photographer John Stanmeyer for National Geographic. It depicts African migrants on the shore of Djibouti City at night. Several of them are raising their phones in an attempt to catch an inexpensive signal from neighboring Somalia, producing a beautiful picture. As with all good photos, this one has a strong symbolic aspect. It relates to the challenges faced by the migrants who try to keep contact with their relatives and friends back in their home countries.
All good journalism is about great story telling and many pictures picked by the WPP 2014 jury tell strong stories, many of them obscure, absent from newspaper headlines. It is the case of Robin Hammond (2nd Prize Contemporary Issues Stories) illustrating the lives of mentally ill people in Africa. The New Zealander photographer captured the results of the lack of proper care given to these patients in countries like Kenya or Somalia. For example, we can see a Khoranic healer in Mogadishu reciting “holy verses” to a disturbed man, hoping those words will magically subdue mental illness.
The effects of military conflicts are always well present in the WPP exhibitions. This year’s edition showcases, for example, William Daniels’ (2nd Prize General News Stories) work on the Central African Republic civil war that left visible scars on the injured children pictured. Or Syria (1st Prize Spot News Stories), where Goran Tomasevic captured the moment when rebels were trying to take cover from flying debris after a Syrian army tank fired a shell.
Scoops are another important aspect of journalism. Tyler Hicks (2nd Prize Spot News Stories) was at the right place at the right time when masked gunmen opened fire on the Westgate shopping mall in Nairobi, Kenya, capturing the heat of the moment for the New York Times. And John Tlumack  (2nd Prize Spot News Singles) took an incredible shot of the Boston Marathon bombing for the Boston Globe.
Portraits are also dignified by Peter van Agtmael (2nd Prize Observed Portraits Stories) with images of Bobby Henline, a sole survivor of an explosion in Iraq who was left disfigured and now makes a living as a comedian, making jokes about his amputated arm and other war injuries. Brent Stirton (1st Prize Stage Portraits Singles) pictured blind albino students in a West Bengal (India) school.
Natural disasters are recurrent in the news and 2013 was marked by the Tacloban disaster. The religious faith of the survivors was retained by Philippe Lopez (1st Prize Spot News Singles) snapshot of women carrying religious images amid ruins, ten days after the storm.  Concurrently Australian Chris McGraith (1st Prize General News Stories) showed the extent of the destruction caused by the Typhoon Haiyan.
In sports there are the always spectacular pictures of sailing taken by Ezra Shaw (2nd Prize Sports Action Stories) depicting Team USA in action at the 34th America’s Cup in San Francisco. Australian Quinn Rooney (3rd Prize Sports Action Stories) caught beautiful shots of the World Aquatics Championship in Barcelona.
Finally, the natural world is well-represented by Steve Winter (1st Prize Nature Stories) and his pictures of the cougars, the wild cats that are protected in California and Florida but are prized game in other U.S. states.
There is still plenty of time to see this and more at Casa Garden, where the exhibition will be displayed until October 31 (Tuesday to Sunday from 10 a.m. to 7 p.m.).