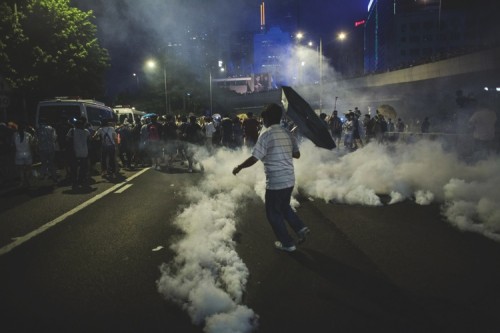 Demonstrators disperse as tear gas is fired in Hong Kong

Users of Instagram reported the photo-sharing service was inaccessible in China yesterday, as the government sought to limit news of pro-democracy protesters clashing with police in Hong Kong.
Greatfire.org, a group that monitors Internet restrictions, said its tests showed Instagram’s website was blocked. The service went down early, said Frank Yu, the chief executive of Beijing-based online gaming company Kwestr. He described himself as a regular user of the service who also runs an forum of other users.
“I post an image or two in the morning and 3-4 during the day but now its blocked,” Yu wrote in an e-mail. “I got two off though this morning.”
With Facebook’s own service blocked in China, Instagram was one of the few overseas social-media apps that remained available on the mainland. More popular photo sharing services such as that of Tencent Holdings Ltd.’s WeChat service are already tightly controlled, while social apps from Line Corp. and Kakao Corp. also face restrictions. Twitter, Yahoo! Inc.’s Flickr and YouTube are inaccessible as well.
Facebook is aware of reports that the service is down and is investigating, Singapore-based spokeswoman Charlene Chian said in an e-mail.
Instagram is “following in the steps of Twitter, Facebook and YouTube,” Duncan Clark, chairman of technology consulting firm BDA China Ltd., wrote in a message. “Often it seems unrest is precursor to a major shutdown. It’s a one-way street, though. We haven’t seen unblocking of any major blocked sites before so this will likely be permanent, too.”
China’s leaders have long managed Internet content, blocking pornography, dissident websites and any other information it deems a threat. The Instagram app was removed from Android app stores in China in July, according to an analysis by Greatfire.org.
The limits on Instagram came as China’s government took broad steps to limit the flow of information about the Hong Kong protests to its population of almost 1.4 billion people. What coverage there was in state media of the demonstrations argued that the confrontations were illegal and lacked widespread support.
China’s Foreign Ministry didn’t immediately respond to a faxed request for comment about Instagram. At a briefing earlier yesterday, spokeswoman Hua Chunying said what happens in Hong Kong is a domestic affair. China took back control of the city from the U.K. in 1997. Shai Oster, Bloomberg 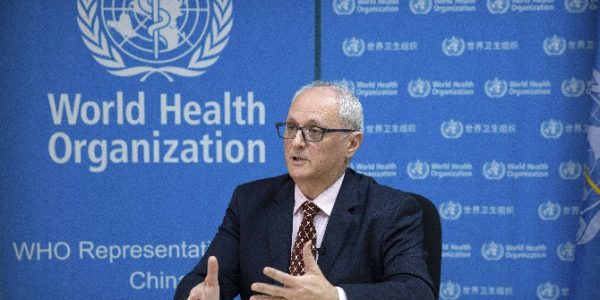