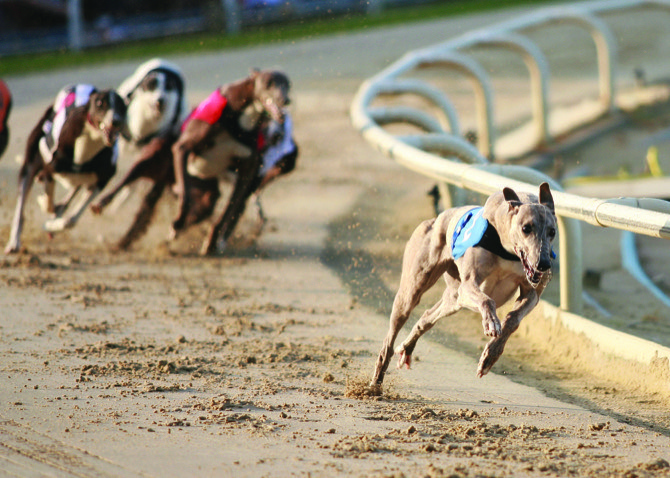 Today marks the end of Anima Macau’s international greyhound adoption campaign, when three canines will be sent to Australia.

Speaking to the Times, President of Anima Macau Albano Martins said that it took the organization six months to get all the greyhounds adopted by local and international adopters, with the exception of five remaining canines who are still under Anima’s care.

“In Macau, we have five more who are not capable of flying because they are sick, but later maybe two of them will be sent to the United States […] we already agreed [to the adopters]. But officially the campaign and obligations of [the Macau Yat Yuen] Canidrome ends with us [today],” said Martins.

“I began fighting for this in 2011 and only in 2018 were we able to guarantee that those greyhounds could find a family and we did it in only six months,” he added.

In February of this year, Martins said that there were only 190 of 532 dogs remaining that were in need of adoption after the Canidrome closed on July 21, 2018.

Originally, Anima’s adoption plan would have taken about three years to complete due to the financial support needed.

However, since an unlikely partnership with the Canidrome owner and lawmaker Angela Leong was struck, the track pledged to pay for the expenses of the adoption processes, including the transportation of the canines.

Martins calculated that transportation expenses have cost MOP600,000 in total, aside from the other expenses the Canidrome incurred regarding the greyhounds.

“One greyhound that was sent abroad would cost around MOP35,000, plus the fines they [the Canidrome] paid to the government, which were around MOP25 million,” said Martins.

In 2017, the animal rights activist appealed to organizations around the world to volunteer to adopt the 650 greyhounds before the Canidrome closed.

The appeal, co-signed by the presidents of other greyhound activist groups, namely GREY2K USA Worldwide and Pet Levrieri, called on groups involved in animal protection and rehoming to step up and save the greyhounds.

The Canidrome was previously heavily criticized by Anima for not disclosing its plans for the adoption of the greyhounds and for claims that the greyhounds had been subject to cruel and inhumane conditions. LV