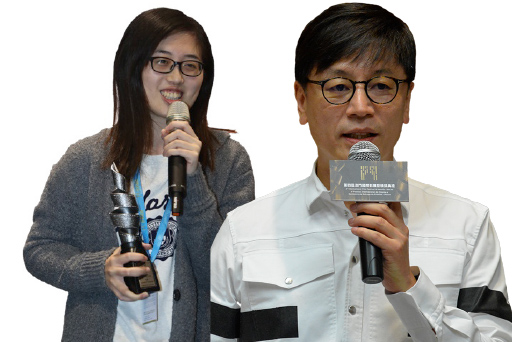 This competition is a curated selection of short narrative films from young directors from around the region, giving them an opportunity to present their works.

There were four entries for the Shorts Competition, including “Little Red Riding Hood” from Macau, “Lonely Encounter”, “Nocturne” and “Room 13” from Hong Kong.

IFFAM have also awarded Dodo Dayao’s Filipino project “Dear Wormwood” for its Best Project Award, which comes with a cash prize of $15,000.

The film explores how the lives of five women in the remote Philippine mountains are endangered when a cataclysmic event causes time to behave malevolently. The jury lauded the project for “its surreal depiction of nature and fear.”

Ireland-UK-Philippines project “Nocebo” was recognized by the jury as an outstanding film project, and was complimented with an honorable mention during the Awards Ceremony.

This year, the IFFAM Project Market brought together 14 film projects presented to industry delegates in the Public Pitching session held days ago. The production crews of the film projects also met with interested parties to explore partnership opportunities at the Project Meetings, organizers said.

South Korean filmmaker Kim Yong-Hwa delivered a Masterclass at the IFFAM, highlighting that visual effects can never replace human actors, and that human reactions and emotions remain the most important element in his films. “As an artist, the story that I choose must be very appealing, which can resonate with something that is already existing within people’s mind,” said Kim.

Kim gained popularity with audiences with his series of films “Along with the Gods”. He has achieved the number two all-time box office record in South Korea as the top-grossing South Korean film across Asia.

His films tell stories of overcoming adversity in a playful and entertaining manner with sumptuous and cutting-edge VFX to enhance the storytelling.

Kim is currently working on his next feature film, “Along with the Gods: Part 3” and the fourth installment scheduled for 2021 and Executive Producing “Mount Paektu”, a $20 million budget disaster film about the two Koreas struggling to prevent a volcanic eruption of Mount Paektu.

The 4th edition of the IFFAM will conclude today with an awards ceremony at the Macau Cultural Centre at 8 p.m.