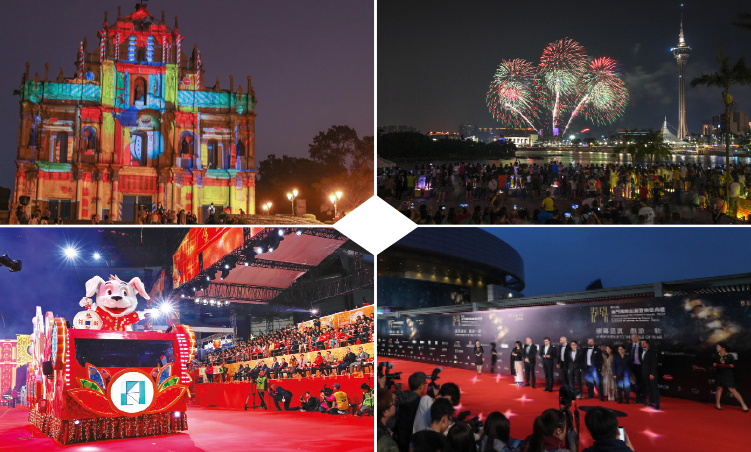 The 3rd International Film Festival and Awards (IFFAM) was by far the most popular event in Macau last year in terms of media coverage, according to the results of a study released by the Macao Government Tourism Office (MGTO).

Data from the MGTO showed that the IFFAM had more media coverage in a single month than its runner-up, the 65th Macau Grand Prix, had in two months combined.

As the major Macau event for both traditional and social media in October and November last year, the Macau Grand Prix was mentioned in some 40,170 articles. Meanwhile, in just the month of December, the 3rd  IFFAM generated 92,311 article mentions across platforms.

Since 2017, the tourism management body has commissioned an annual study on the marketing effectiveness of its four ‘mega-tourism’ events from the previous year. It covers the New Year’s Parade – “Parade for Celebration of the Year of the Dog” – the Macao International Fireworks Display Contest, the Macao Light Festival and the IFFAM.

It covers a wide range of media programs across the Greater China region, as well as other locations where the MGTO operates an office, such as Japan, India, Thailand, New Zealand, Australia, the U.K. and the U.S.

The study analyzes coverage in “volume” from traditional media (including both print and electronic media), social media and online travel agencies. Apart from the amount of coverage, the study also collected data about the level of satisfaction the public had for each major event. It remains unclear how the satisfaction level was measured in the study.

The MGTO also evaluated the media effectiveness of Macau as a tourism brand.

All of the four major events scored highly in terms of satisfaction and garnered significant public awareness, according to a report released by the MGTO. The tourism authority therefore concluded that both the media and the public were satisfied by the large-scale events.

The event that scored the highest level of satisfaction was the parade with 82.9 points out of 100, but it was also the least known. Meanwhile, both the fireworks contest and the Light Festival were the most widely-known among the four large-scale events.

Besides examining each of the four major events individually, the evaluation also analyzed their relevance with Macau’s destination branding. The study revealed that the total volume of media coverage on Macau as a travel destination comprised over 450,000 articles, of which more than 140,000 articles covered the four events and accounted for over 30% of total media coverage about the destination, reflecting the positive impact of these events on Macau’s destination branding.

The research team drew the conclusion that the 3rd IFFAM drew more interest from outside of the Greater China region, with 54.6% of social media traffic coming from international sources.

The other three events, however, had between 91% and 96% of their social media traffic coming from the Greater China region.

Video is a key factor in drawing attention and traffic, and the popularity of videos on social media platform Facebook was especially important. All four major events scored between 71.7 and 82.9 in terms of their public satisfaction response.

Given its highly diffusive effect, social media favors dialogues with the public. The distribution of media coverage on the four major events suggests that social media remained a major platform for relevant public opinion about the four events. The research team hence suggests more attention is paid to discussions about the events on social media.

The study suggests that if famed celebrities, travel bloggers and online influencers can promote events through their posts on social media accounts, it will widen the exposure of these tourism events and amplify the promotional effect.

The MGTO said that it would take into consideration the suggestions from the research team and keep optimizing events and activities to provide more enriching event experiences for locals and visitors. Staff reporter