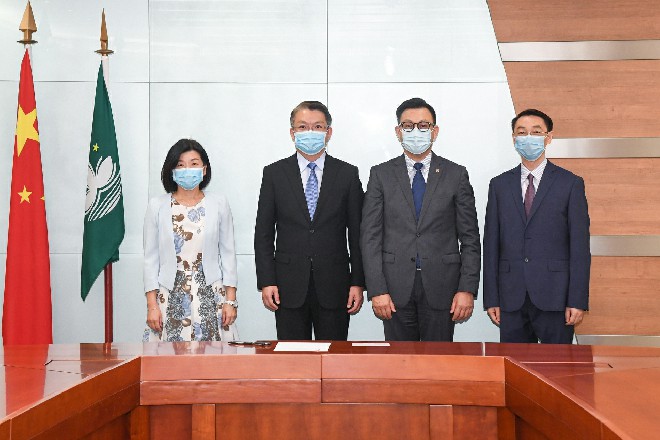 The embattled Macao Trade and Investment Promotion Institute (IPIM) at the center of an ongoing corruption case says its entire residency application process is currently under review.
This follows complaints from several expatriates in Macau who told the Times this week that they waited years to find out if their residency status would be renewed. The bureau’s former president and vice-president are now standing trial, accused of corruption and alleged irregularities in the residency permit approval process.
IPIM told the Macau Daily Times that it is “running an overall review of all works relevant to the approval and supervision of temporary residency applications based on major investments and technical qualifications.”
The investment department also said that it is investigating all approved applications and assessing approval procedures in general.
On Tuesday, the Times reported that a growing number of expatriates in Macau have been left in limbo, not knowing if their applications will ever be processed. Though they are legally allowed to remain in Macau while their applications are under review, the lengthy wait has been a source of instability for many families here. It has turned everyday tasks like opening bank accounts, purchasing new phone numbers, or enrolling children in schools into needlessly taxing affairs.
In response to an enquiry about this matter, IPIM said it would “handle” applicants whose cases are outstanding as a “priority.”
“It has come to our notice that some of the applicants with expired ID have yet to complete the renewal procedure,” the investment department said. “Different applications entail different length of time to handle and the assessment procedure takes time. IPIM is now handling the affected applicants with priority, in compliance with relevant regulations and standard procedure.”
One expatriate contacted by the Times yesterday slammed IPIM’s statement as a “stock standard response” that was “merely placating [the media].”
“The issue is not about their processes and standards and optimization,” said the source, who asked to remain anonymous for fear of retribution. “If anything, their systems review process is holding application processing up. […] Their organizational culture is the problem. Their culture is toxic.”
Former IPIM president Jackson Chang and deputy Glória Batalha Ung, together with more than 20 other defendants, are currently standing trial at the Court of First Instance for the alleged irregularities. The two officials were removed from their posts during an anti-corruption probe in late 2018.
Lau Wai Meng, the new president of IPIM, was sworn into office at the end of last month for a one-year term. He succeeds Irene Lau, who served as acting president during the interim period.