Italy emerges as creeping concern among finance chiefs in Bali 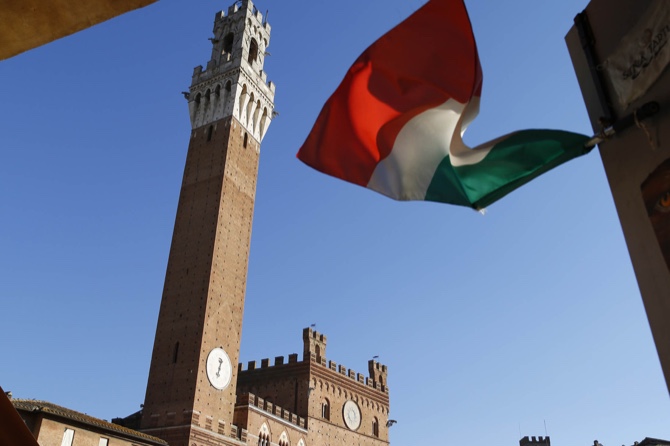 As if trade wars, rising interest rates and slowing global growth weren’t enough, the world’s finance chiefs are zeroing in on another source of concern: Italy.

The populist government’s rule-busting budget plans and accusatory rhetoric against its European partners have repeatedly cropped up among ministers and central bankers at the annual meetings of the International Monetary Fund and the World Bank in Bali. Italian Finance Minister Giovanni Tria, at his IMF debut, had his work cut out trying to reassure colleagues that his country is committed to the euro and will put debt on a downward path.

The heightened attention on the euro zone’s third-biggest economy is a sign that, almost 10 years after the start of the region’s sovereign debt crisis, the bloc remains fragile in the eyes of investors and observers. The fact that Italy is in crisis just as the European Central Bank considers slowly withdrawing stimulus is compounding that risk.

“The very first thing is to calm down with the tone,” ECB President Mario Draghi told reporters on Saturday in Indonesia. “I’m confident that the authorities – and by the way, all parties, not only Italy – all parties will in the end find a compromise solution and agreement.”

Italy’s plight isn’t on the official meeting agenda and hasn’t been discussed at Group of 20 and Group of Seven sessions. Yet on the sidelines, it has been one of the most-discussed issues, according to participants who asked not to be named because discussions aren’t public.

Most conversations involved puzzled requests for clarity on the government’s plans and on whether it will wage an all-out confrontation with the European Union.

The confusion is justified. The two coalition partners – the anti-immigration League and the anti-establishment Five Star Movement – have defied investors and international institutions as they vie for voters’ attention by hinting at radical measures.

On Friday, Tria – an economy professor with no previous political experience – had to rebut rumors that the Italian treasury would take a stake in beleaguered national carrier Alitalia and support Italians who buy the country’s debt. Amid the noise, the spread between Italian and German bond yields rose this week to the highest level in five years.

“People read very carefully what is decided on the budget and what happens in the rea economy,” Bank of Italy Governor Ignazio Visco said late on Friday.

While the details of Italy’s byzantine politics may escape the world’s economic and financial elite in Bali, one fact is widely understood: government debt is equivalent to 132 percent of economic output. The only euro-area nation with a higher burden is Greece, which almost slid out of the currency union amid a financial meltdown in 2015.

Should borrowing costs rise further, the sustainability of that debt could be in doubt. That would cripple Italian banks, the biggest holders of the bonds, and bring about a new crisis for the euro.

For now, European partners see the debt as sustainable, at least in the medium term, according to three people familiar with the issue. “We should not over rush into panicky conclusions,” Dutch central bank governor Klaas Knot said Thursday in an interview. “The rhetoric is definitely worrying, but I think as central bankers we should always look at the facts” and “the fundamentals in Italy are not all that bad.”

The European budget review process is due to start on Monday, and EU Commissioner for Economics Affairs Pierre Moscovici, who has sparred with Italian government leaders in recent days, and Tria have both made conciliatory noises. Still, IMF delegates from around the world – and particularly Italy’s neighbors – are keeping a watchful eye.

“There are two big topics which cause concern,” Swiss Finance Minister Ueli Maurer said in an interview. “One is trade restrictions between China and U.S. and how these can be eliminated. The second issue is related to the high levels of debt in developing countries like Argentina – or a country like Italy.” Alessandro Speciale, Birgit Jennen, Bloomberg