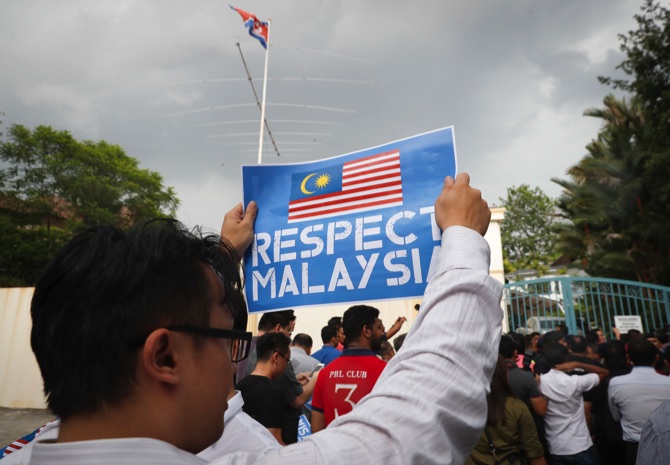 Malaysia’s national police chief Khalid Abu Bakar says help has been sought from Interpol to issue an alert for the four North Korean suspects who left Malaysia on the same day Kim Jong Nam, a half brother of North Korea’s leader, was killed.

It is not known what Interpol can do, as the four are believed to be back in Pyongyang and North Koreas is not a member of Interpol.

Khalid also said there were no plans to send officers to Macau to collect a DNA sample from Kim Jong Nam’s family. Kim had a home in Macau and was about to fly there when he was killed.

North Korea denied yesterday that its agents masterminded the assassination of the half brother of leader Kim Jong Un, saying a Malaysian investigation into the death of one of its nationals is full of “holes and contradictions.”

The North’s response came a day after Malaysian police said they were seeking two more North Koreans, including the second secretary of North Korea’s embassy in Kuala Lumpur, in connection with the Feb. 13 killing of Kim Jong Nam at a Malaysian airport.

Malaysia police have not directly pinpointed North Korea as being behind the death of Kim Jong Nam, but have already arrested a North Korean man working at a Malaysian company along with three other Southeast Asian people. They are searching for several more North Koreans.

The Korean Jurists Committee, a legal body affiliated with North Korea’s rubber-stamp parliament, said in a statement yesterday that the Malaysian investigation lacks fairness and was influenced by the South Korean government, which blames Pyongyang for the death.

The North has not acknowledged that the dead man is Kim Jong Nam. Yesterday’s statement described the man only as a North Korean citizen bearing a diplomatic passport.

It said that South Korea had “kicked up a fuss” and had plotted to have North Korea blamed for the killing.

“The biggest responsibility for his death rests with the government of Malaysia as the citizen of the DPRK died in its land,” the statement said. The DPRK refers to the Democratic People’s Republic of North Korea, the country’s official name.

Malaysian police said Wednesday that the two women suspected of fatally poisoning Kim Jong Nam were trained to coat their hands with toxic chemicals and then wipe them on his face.

Police say the substance used remains unknown, but it was potent enough to kill Kim before he could make it to a hospital.

But the North Korean Embassy in Kuala Lumpur has already ridiculed the police account and demanded the immediate release of the two “innocent women.”

An embassy statement asked how the women were able to survive if they also had the deadly toxins on their hands.

Khalid said the women had practiced the attack at two Kuala Lumpur malls. “We strongly believe it is a planned thing and that they have been trained,” he said.

Khalid couldn’t confirm whether North Korea’s government was behind Kim’s death but added, “What is clear is that those involved are North Koreans.”

At least one of the women has said she was tricked into attacking Kim Jong Nam, believing she was taking part in a comedy prank TV show.

The case has perplexed toxicologists, who question how the two women could have walked away unscathed after handling a powerful poison.

Kim had spent most of the past 15 years living in China and Southeast Asia. He was at the airport to fly to Macau, where he had a home. He is believed to have had at least three children with two women. No family members have come forward to claim the body. AP 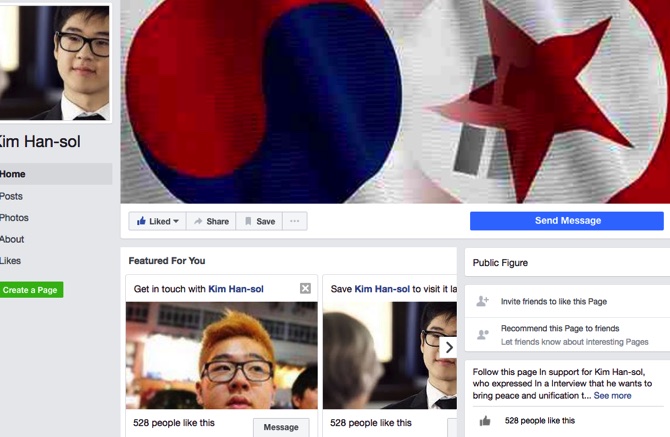 The son of Kim Jong Nam – the North Korean leader’s half-brother, who was allegedly assassinated in Kuala Lumpur International Airport earlier this month – has been thrust into the spotlight as international observers speculate whether the 21-year-old student could be a target on Pyongyang’s list.

Having previously indicated his desire to return to North Korea to improve the country, Kim Han Sol could one day become a potential challenger to both his uncle, Kim Jong Un, and even the regime itself.

Perhaps equally as elusive as his father, Kim Han Sol was born in Pyongyang in 1995, before his family relocated to Macau following his father’s exile. There, he lived what he described as a “low-profile life,” in a rare 2013 interview granted to a Finnish television station.

The interview, where Kim referred to his uncle as a “dictator” and expressed  his wish to contribute to the unification of North and South Korea, is one of the elements of a Kim Han Sol facebook page. The page features pictures of the South and North Korean flags assembled and an informal picture of Kim with dyed yellow hair.

Kim was reportedly refused a student visa by the Hong Kong government when trying to enter the prestigious and high-performing Hong Kong school, Li Po Chun United World College. The reasons for denying him entry are unclear.

Kim was later accepted into Oxford University, but ultimately did not enrol due to fears for his safety.

According to South Korea’s intelligence agency, Kim Han Sol’s sister and mother – the second wife of Kim Jong Nam – are believed to live in Macau, while his first wife and possibly other relatives currently reside in Beijing under China’s protection.

It also remains unclear whether Kim Han Sol and his immediate family are residents of Macau. A statement from the Office of the Secretary for Security declared that security services in Macau would strive to protect all residents, workers and visitors in the city. DB