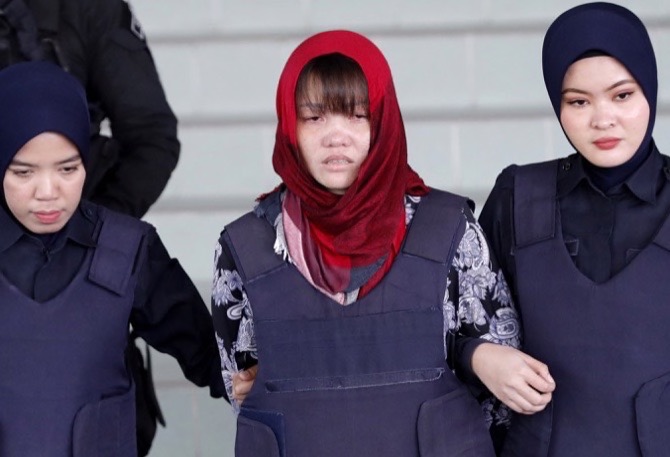 Malaysia’s top council of lawyers asked the attorney-general to explain the release of an Indonesian suspect in the murder of North Korean leader Kim Jong Un’s half-brother, but not a second suspect who is Vietnamese.

After Kim Jong Nam was killed at the Kuala Lumpur airport in 2017, Siti Aisyah, an Indonesian, and Doan Thi Huong, a Vietnamese, were charged with murder and accused of smearing VX nerve agent onto Kim’s face, Malaysian authorities said at the time. Charges against Siti have been withdrawn, Abdul Fareed said, while Huong remains in custody, facing trial in the killing.

“There are a lot of questions on why one person is acquitted and the charges against her withdrawn while the other person remains charged,” Abdul Fareed said after the council’s annual general meeting on Saturday.

Indonesian President Joko Widodo personally greeted Siti when she returned home after being acquitted of charges, a Twitter post by the president dated March 12 shows.

Kim, the eldest son in the current generation of North Korea’s ruling family, had been reportedly living in Macau for around a decade before his assassination. According to those familiar with his lifestyle in Macau, the elusive Kim Jong Nam developed a reputation for living low-key despite being well-endowed financially.

Half-brother to the North Korean leader, Kim Jong Nam represented a threat to the regime’s stability with the ever-present possibility he might one day be parachuted into power. DB/Bloomberg