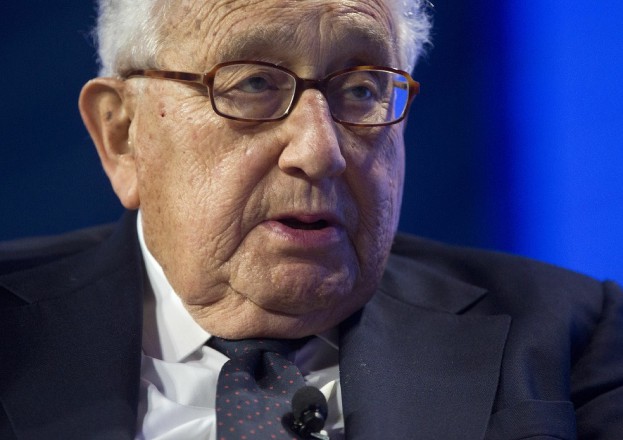 Former Secretary of State Henry Kissinger said the U.S. and China must establish rules of engagement for their increasingly tense competition or risk recreating the uncertainty that characterized global politics leading up to World War I.
“Our leaders and their leaders have to discuss the limits beyond which they will not push threats,” Kissinger, 97, said yesterday [Macau time] in a virtual discussion hosted by the Economic Club of New York. “And then they have to find a way of conducting such a policy over an extended period of time.”
“You can say this is totally impossible,” he added. “And if it’s totally impossible, we will slide into a situation similar to World War I.”
Kissinger, who brokered the U.S. rapprochement with China for President Richard Nixon, said the goal then was to create a balance against the Soviet Union. He has said he’s grown increasingly alarmed over a new Cold War developing between China and the U.S., which he attributed to technological advances that have vastly changed the geopolitical landscape.
The U.S. needs “a new way of thinking” that understands the world is too complex for one country to “achieve such a unilateral superiority in both strategy and economics that nobody will be in a position to threaten us,” he said in the distinctive German accent that he’s called a trademark.
His warnings came as President Donald Trump’s administration reverses — and even disowns — the opening to China that is the widely praised legacy of Kissinger, who was also Nixon’s national security advisor and whose role in prosecuting the Vietnam War has brought him condemnation as well.
Speaking at the Richard Nixon presidential library in July, Secretary of State Michael Pompeo cast China’s leaders as tyrants bent on global hegemony, painting a dark portrait of the country’s direction as tensions soar between the world’s two biggest economies.
“If we bend the knee now, our children’s children may be at the mercy of the Chinese Communist Party, whose actions are the primary challenge today in the free world,” Pompeo said. “The free world must triumph over this new tyranny.” David Wainer, Bloomberg