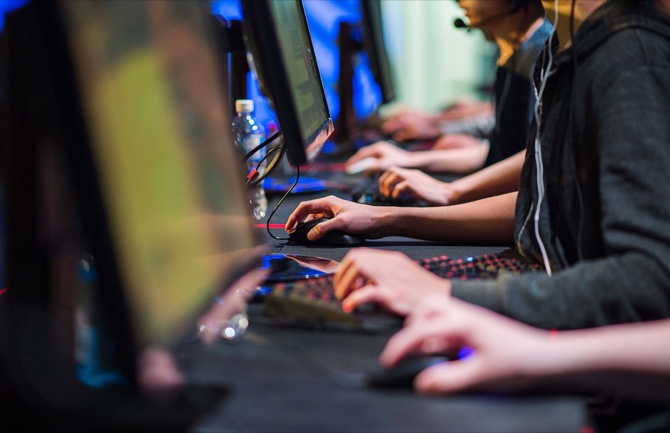 Activision Blizzard Inc. is facing a fierce backlash and calls for a boycott after a unit of the American game company punished a player for supporting Hong Kong’s protest movement, the latest cultural clash between the U.S. and China.

Blizzard Entertainment banned Ng Wai Chung, known as Blitzchung, from its Grandmasters esports competition for a year and withheld prize money he had already won after he used a slogan from Hong Kong’s pro-democracy movement. Players and fans around the world immediately responded with outrage over what they view as heavy-handed punishment and kowtowing to Chinese censorship. The topic erupted online, with #blizzardboycott trending on Twitter.

“I will never play Blizzard’s game from now on, unless they apologize to blitzchung and to HK people. Blizzard sucks,” one person wrote on a forum discussion thread called ‘Solidarity with Blitzchung, Censored by Blizzard.’

Hong Kong’s protests have sparked escalating clashes between Beijing and the rest of the world. The National Basketball Association was engulfed in controversy after the general manager of the Houston Rockets expressed support for the protesters, leading China’s broadcasters to pull NBA games and local companies to drop Rockets products. Apple Inc. was blasted by the Communist Party’s flagship newspaper for carrying an app and song embraced by the movement.

The Blizzard incident began when Ng – dressed in a gas mask and goggles in defiance of authorities’ ban on face masks – used the phrase “Liberate Hong Kong, revolution of our age!” during a post-match interview. Blizzard, developer of games like World of Warcraft and Hearthstone, said in a statement it instituted the ban to “prevent similar incidents” in the future. On the China microblogging site Weibo, Blizzard’s statement in Chinese was: “We will, as always, resolutely safeguard the country’s dignity.”

The blowback was immediate. In South Korea, Blizzard became a top trending subject on Twitter with people saying the company “prioritizes money over human rights” and that it is “crazy” and “‘disappointing.” In the U.S., an influential former Blizzard employee, Mark Kern, rebuked the company.

“You screwed up and traded your players in for dollars,” he tweeted. “There is keeping politics out of games, then there is grand standing to appease the Chinese Communist Party.”

Contacted for comment, Activision Blizzard reiterated in a statement plans to enforce its established rules of conduct: “While we stand by one’s right to express individual thoughts and opinions, players and other participants that elect to participate in our esports competitions must abide by the official competition rules.”

Activision Blizzard joins a number of international companies embroiled in controversy around free speech linked to China. Luxury brands like Versace, Coach and Givenchy have all fallen foul of Beijing’s demands to refer to both Hong Kong and Taiwan as parts of its territory and not suggest they are independent nations. During the summer, China also requested more than 40 foreign airlines stop referring to China, Hong Kong and Taiwan as separate countries.

“As you know, there are serious protests in my country now,” Ng said in a statement to gaming blog Inven Global. “My call on stream was just another form of participation of the protest that I wish to grab more attention.”

Activision Blizzard has tie-ups with Chinese gaming houses Tencent Holdings Ltd. and NetEase Inc. to distribute – and in some cases co-develop – new entries in beloved franchises like Call of Duty and Diablo in the world’s biggest video game market and beyond.

One player explained how much they enjoyed playing Blizzard’s World of Warcraft, but would be stepping back from it and joining the boycott.

“I hit level 45 tonight so when I read the news I was extremely sad,” the person wrote. “I can put up with a lot, but if it’s someone’s freedom or my money, I will gladly give up my favorite game so that others can have the same freedoms I enjoy.” Zheping Huang & Gregor Stuart Hunter, Bloomberg