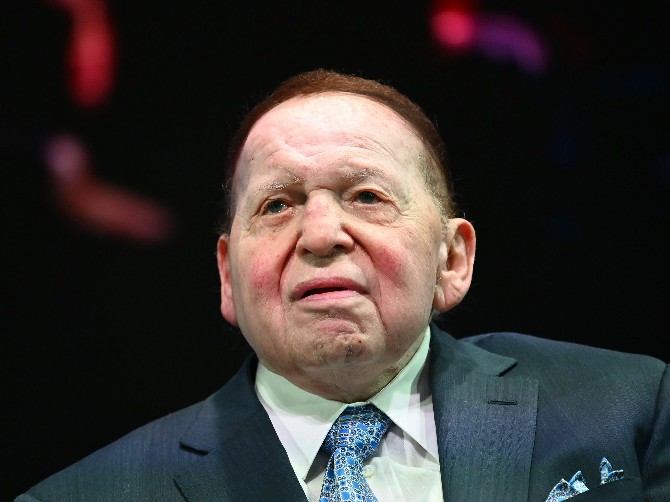 Las Vegas Sands Corp. founder and Chief Executive Officer Sheldon Adelson is taking a leave of absence after resuming treatment for cancer.
Adelson had retained his executive role since the company revealed in 2019 that he had non-Hodgkin’s lymphoma. President Robert Goldstein will now take up Adelson’s duties as acting chairman and acting CEO, according to a statement.
Adelson, 87, is the company’s majority shareholder and one of the world’s biggest gambling moguls, overseeing operations from the Las Vegas strip to Macau.
He has long suffered from peripheral neuropathy, a disorder that makes it difficult for him to walk. The cancer often made him too weak to come to the office or attend company events.
Adelson, his wife, Miriam, and trusts for the benefit of their children own a majority of Sands shares. His long-time No. 2 Goldstein signed a new contract in 2018 that runs until 2024.
He is a prominent donor to Republican politics in the U.S., having backed outgoing President Donald J. Trump. MDT/Bloomberg