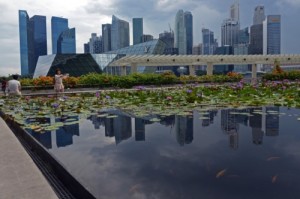 Proposed legislation regulating online gambling was introduced in Singapore’s parliament on Monday.   According to the newspaper “Today”, the bill will ban remote gambling unless it takes place through an operator which has been issued a special certificate of exemption.  Under the drafted bill, gamblers betting online or over the phone face a fine of up to SGD5,000 and six months jail. Those facilitating remote gambling may be fined between SGD20,000 and SGD200,000, while also facing up to a five-year prison time. Parties facilitating remote gambling outside Singapore will not be spared either, facing fines between SGD20,000 to SGD500,000, and up to seven years imprisonment.
The newspaper similarly reported that gambling problem experts have previously highlighted the need to protect youth from online gambling.  The Second Minister for Home Affairs, Mr S Iswaran, also noted the risks online gambling poses for young people, acknowledging its ubiquity and accessibility.
The remote gambling industry comprises of online poker, virtual casinos and sports betting. According to Singapore’s Ministry of Home Affairs, it is experiencing a boom in urban regions.  It is also important to note that current laws do not address remote gambling specifically, as they were drafted and enacted before the Internet era.
The new bill includes a set of measures, such as blocking websites and payments, while prohibiting advertising bans on all forms of media.
It creates, however, an exemption scheme, through which Singapore-based organizations can apply to be exempted from restrictions. They will have to meet certain criteria, such as being a non-profit organization, contributing to charitable initiatives and possessing a good track record in complying with local laws, “Strait Times” reported.