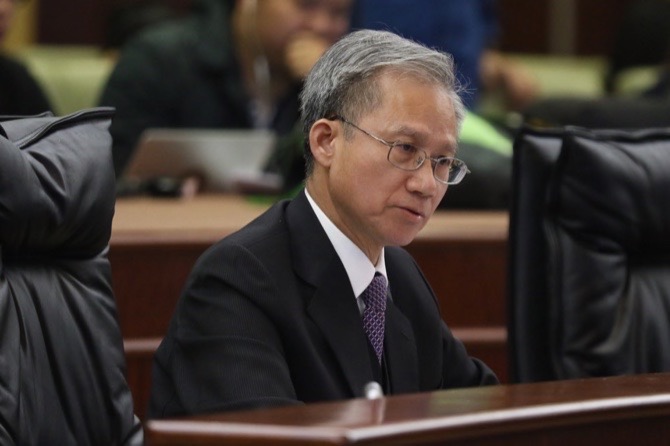 A law that aims to restrict the use and distribution of plastic shopping bags by shops in Macau is now ready to be forwarded to the Legislative Assembly (AL) plenary for approval.

That’s according to the President of the Third Standing Committee of the AL, Vong Hin Fai, who affirmed last week that the committee had concluded its article-by-article discussion of the bill.

The bill will require that customers are charged a fixed fee when requesting a vendor to supply them with a plastic bag. Although the price will be defined by a dispatch from the Chief Executive, it is consensually agreed that it should be initially set at one pataca.

Vong noted that the committee used a meeting on Thursday to review the final revision as this would be soon presented for discussion and voting in plenary session.

“We hope that until August 15, if there is any plenary meeting to be adjourned, this bill can be discussed and approved in the specialty within this legislative year,” Vong said during the media briefing after the meeting.

According to the president, the opinion of the committee in general terms is that the bill “is needed to enforce restrictions of the supply of plastic bags, and we mentioned that in our legal opinion.”

Meanwhile, Vong said that the committee did not express any further opinions on the response when establishments are found to violate the incoming law.

He said that the committee was in agreement with the proposed application of a fine in the amount of MOP1,000.
The lawmaker also noted that the committee has finally adopted a more restrictive definition of the exceptions to the rule, agreeing that the supply of plastic bags without charge should be restricted to cases in which the products are not previously packed, or when the products are acquired in airport restricted zones, as a matter of security.

In the final document, to be presented at the AL during the final discussion of the bill, the Committee also expressed its hope that the government can reinforce its work related to environment protection. Renato Marques