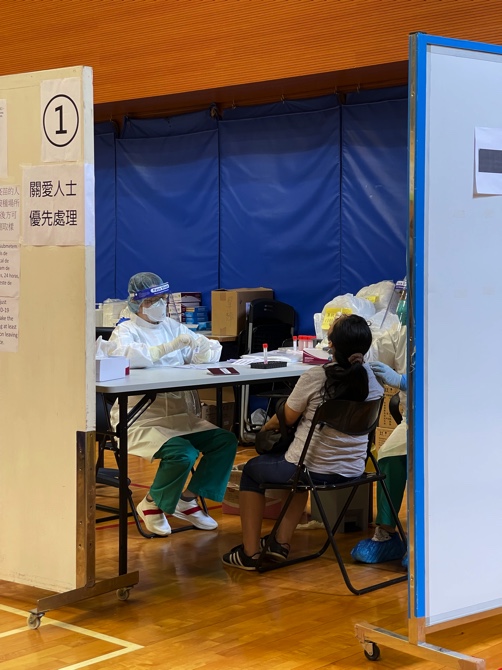 The government has invented a “stabilization period” that does not exist in the national Covid-19 plan and Macau should align with the national plan, lawmaker Ron Lam has opined in his latest written inquiry.

The Prevention and Control Plan on Covid-19 (Edition 9) was published June 27 by national health agencies. Macau officials – including those in the security branch – have reiterated that policies and measures have been and would continue to be made in accordance with the plan.

However, Lam says the local government did not follow what is directed in the ninth edition of the plan, which permits full resumption of normal life after 10 days of zero new community cases.

He explained that according to the plan, seven consecutive days of no new community cases will result in identification as a mid-risk area, while three more consecutive days qualify as low risk.

People from low risk areas in mainland China may interact with others from low-risk areas, according to Lam.

Instead, the government has invented a six-day stabilization period, during which people are required to present SARS-CoV-2 nucleic acid test (NAT) proof of specimen collection or negative result returned within the last three days to be able to go to work, dine-in at eateries, receive services at private education centers and spend free time at entertainment venues.

This restriction means that “society does not actually resume,” the lawmaker commented.

The lawmaker also noted that the plan’s ninth edition has no requirement for NAT for dining-in or work, but such a requirement was enacted in Macau. He added that the city should have returned to its pre-June 18 state on August 2, meaning that no NAT would be required for common and livelihood venues.

In addition, despite the government saying that after its self-invented stabilization period, the city would enter a regular Covid-19 prevention state, it has hinted at regular NAT of certain people, unlike the pre-June 18 period, the lawmaker noted. It means that alterations to the definition of the “regular Covid-19 prevention state” will exist, he added.

As such, the lawmaker questioned the government as to whether it will make general and feasible plans for future outbreaks – the possibility of which has been admitted by the local health chief – in contrast to its cliched use of the term “dynamic” to camouflage a lack of actual plans.

He suggested the government align its plans with the national plan.

Moreover, he demanded the government safeguard job opportunities for locals at NAT stations, as well as investigate the disorder that occurred after June 18.