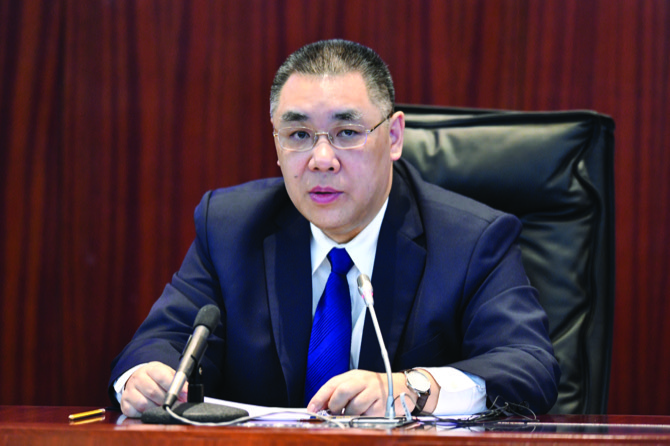 Chui Sai On pictured yesterday at the AL

On the sidelines of the Policy Address, lawmaker Pereira Coutinho said that he is disappointed with Chui Sai On’s last policy address.

“This is the last government policy address of this Chief Executive. We understand that the government tries to leave a good impression of these governors, because that implies that everything is fine, but we have seen a lot of problems with this government’s services. For example, there seems to have been a big scandal in the trade office [Macao Trade and Investment Promotion Institute].”
“It seems that it’s always the small potato that is going to pay the bill. So, we have been asking quite a long time that the government hold officials, especially the secretaries, accountable,” Pereira Coutinho told the Times.

“Last year, they promised us that they would revise the law, so there would be some penalties for them. But it seems that they missed them this year, so we will follow up in the next few days with the Secretary for Administration and Justice,” said Pereira Coutinho. “What she is thinking about the future, and who should be held accountable for the mistakes,” he listed as possible topics for discussion.

“There is not a single word about democracy. As many are aware, we feel that the AL is totally controlled by the establishment and the plutocracy. If you don’t have the majority of the legislators elected democratically, and if you have the CE elected by only 400 persons in Macau, then there is no legitimacy, and [the AL] cannot be accountable to all the people of Macau,” said Pereira Coutinho.

“We regret that these policies have not said anything about [democracy],” Pereira Coutinho expressed.