Lawmakers enter into ‘war of words’ at Assembly 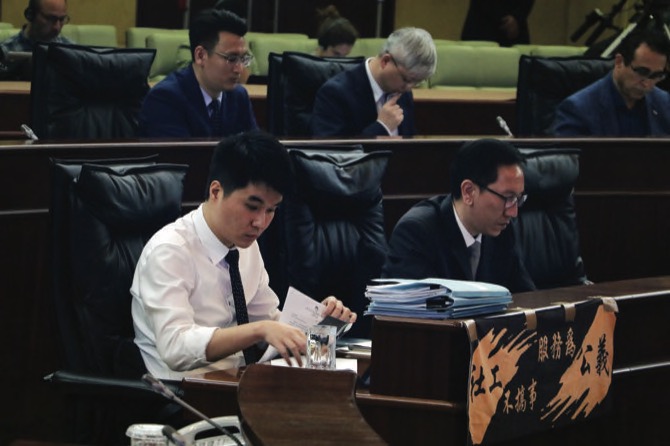 Lawmaker Sulu Sou sparkled controversy in yesterday’s session of the Legislative Assembly (AL) by proposing two “votes of protest,” an unusual motion to try to force the government to address the problem of illegal drivers and put a stop to the mutual recognition of driving licenses between Macau and mainland China.

The two votes of protest, delivered prior to the period before the agenda, were received poorly by the majority of lawmakers. But while some simply voted them down, others criticized the democrat for the methods used to address the problem.

Among them were lawmakers Agnes Lam and Song Pek Kei, who both noted that “there are other ways to address the matter.” Lam said that lawmakers have several kinds of tools to express their opinions to the government, remarking, “AL votes are to express feelings.”

But the clash of opinions at the AL reached its peak by the intervention of Chan Wa Keong, one of the lawmakers appointed by the Chief Executive, who issued a strong criticism of Sou’s attitude and described his methods as “immoral.”

Sou immediately protested the use of such wording, calling on the intervention of the president of the Legislative Assembly, Ho Iat Seng, to have it retracted from Chan’s speech.

But Chan would not accept the change, arguing that he has the right to choose his own words. “Immoral can have different meanings and I find it suitable.” “You also said that the government has ‘ignored’ the people and that’s your interpretation,” added Chan, referring to an earlier comment from Sou.

After the heated exchange of words between the lawmakers, Ho questioned Chan on his intention to retract the word “immoral” and the government-appointed lawmaker refused.
Backing up Sou was lawmaker José Pereira Coutinho, who considered the option of votes of protest a “good way” to make use of lawmakers’ rights under AL’s regulations. “I think he did well as a way to force the government to act,” remarked Coutinho. “Others will decide by their own conscience if they should vote against or in favor but I see nothing wrong with the procedure.”

Without any further remark by the AL president, the two proposals were voted down with only five and four votes in favor, respectively.
For the first proposal, although expressing her opposition to the idea, lawmaker Lam actually voted in favor, noting the relation with an accident that occurred earlier this month in Taipa in which a university student passed away. 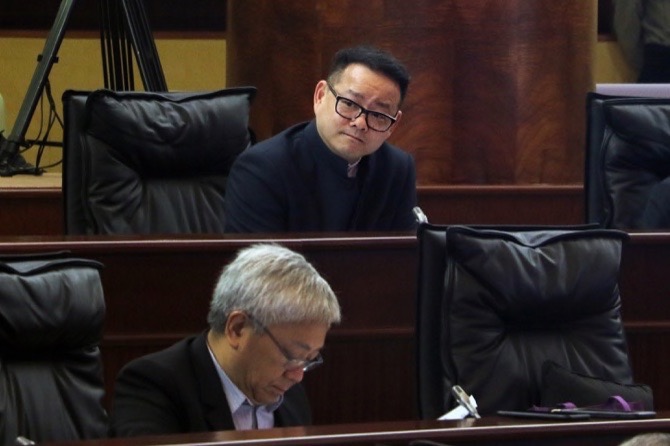 Voting down own proposals

The topics of road safety, the need for better methods of inspection by the authorities, the increase in penalties for transgressors as well as the mutual recognition of the driving licenses were addressed during the session – or more precisely in the period before the agenda – with a total of six lawmakers addressing or delivering spoken enquiries.

In addition to Sou and Ng, who took a moment to recognize the recent demonstration against illegal drivers and the mutual recognition of the driving licenses, curiously lawmakers Lam Lon Wai, Ma Chi Seng and Lao Chi Ngai, who only minutes earlier had voted against Sou’s proposal, had prepared statements on the topics.

In their interventions, the lawmakers showed support to the revision of the legislation to fight illegal work, namely concerning the fines and accessory penalties to be applied to wrongful employers.

Lam, who supported the recent the visits of the Macao Federation of Transportation to both the Traffic Department of the Public Security Police Force and to the Labour Affairs Bureau, repeated the call for stricter law enforcement on illegal drivers.

Meanwhile, Ma and Lao said they were in favor of reviewing the law and increasing the penalties for illegal drivers, but opposed an end to the mutual recognition system. They argued that the mainland driving license “is recognized in 180 countries and regions and that Chinese citizens can drive legally in the U.S. (in the majority of the states), Canada, the United Kingdom, Australia, New Zealand, Germany, France, Portugal, Belgium, Italy, Holland, Sweden, Denmark, Norway, the UAE, among others.” In their opinion, it does not make sense to restrict such a policy in Macau.

However, the Times has learned that the statements of the two lawmakers is inaccurate, as Chinese driving licenses are not recognized in Portugal and in several other countries mentioned. In some cases, the permit is valid only for a short period of time not exceeding one year, and in many others recognition is limited only to tourists, students or people with short- term working contracts.

The same lawmakers reaffirmed that the neighboring region of Hong Kong has enjoyed such an arrangement for at least 15 years, noting, “we reaffirm our support in fighting the illegal drivers but we request all to discuss in a rational way the mutual recognition of the driving licenses.” 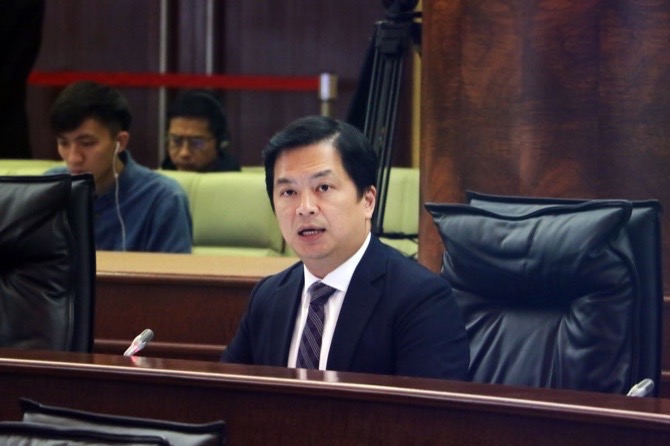 The Greater Bay Guangdong- Hong Kong-Macau Area (GBA) was another of the topics addressed fervently in the period before the agenda of yesterday’s plenary session at the AL. A total of six interventions involving eight lawmakers were raised in relation to the GBA.

Although most of the interventions did not propose any concrete measures or ideas to be implemented, resembling more closely a show of duty from the lawmakers, some noted aspects like the need to implement better solutions regarding cross- border infrastructure and procedures, as well as to make use of the project to facilitate technological development, as mentioned by lawmaker Song Pek Kei.

On the same topic, lawmaker Ho Ion Sang preferred to highlight the need for better integration in terms of both laws and regulations, as well as a reduction of “customs-related barriers” increasing the flow of people and goods in the new extended region. Kou Hoi In, Chui Sai Peng and Ip Sio Kai expressed concerns over measures to raise the attractiveness of talented workers so that “Macau does not finish last in this regional competition.”