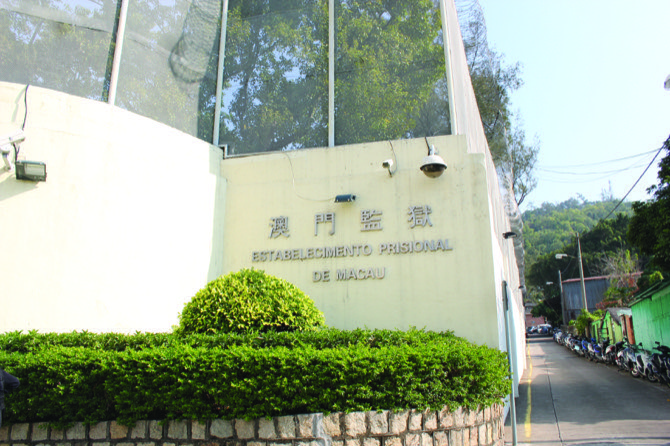 The bureau, which has already made a case for surveillance cameras, said in a statement that some inmates are in need of strengthened supervision, particularly those who are incoming inmates, at risk of suicide, and those who are a risk to prison staff and other inmates.

The Office for Personal Data Protection (GDPD) had accepted the proposal to install special rooms, including an observation room, medical room or disciplinary room.

However, some lawyers disagree with the plan. Speaking to the Times, Jorge Menezes argued that the options open to inmates are already limited, as they already do not have freedom of movement or access to information.

Thus, the installation of surveillance cameras goes beyond what is acceptable within the constitutional right to privacy and also affects inmates’ dignity.

“The notion of ‘special rooms,’ ‘newcomer observation room’ or ‘those at risk of committing suicide’ are clearly under-defined. Who has access to the cameras? How, and for how long are the videos kept? How are inmates and cells chosen?” the lawyer questioned.

“All these are relevant questions that would need to be addressed. Who will [watch] the guard when they place and check these cameras? I find this plan rather disturbing in principle,” he added.

Menezes argued that surveillance should be taken as a last resort and not the first measure to jump to when seeking to protect some interests.

“It is in many cases like attempting to kill a mosquito with a grenade,” the lawyer said.

“And I would not tend to fully trust those in power to have the culture of moderation and tolerance necessary in dealing with these encroachments to prisoners’ private lives.”

According to Menezes, from the government’s rhetoric, it is difficult not to consider that of all the concerns expressed, “the system will be primarily used against the inmates interests, rather than to protect their other interests.”

Echoing the same sentiments, Lawyer Frederico Rato contended that this plan could not be proposed arbitrarily by civil servants, explaining that it should be justified by the application of the law and not just by a simple regulation.

He said that the measure should be legislated for, instead of proposed only in an administrative manner.

“It must be the law that takes care of these kinds of restrictions and rights of local residents especially […] the right to human dignity and the right to a private life,” he added.

“How do we treat all the data that was subject to the vigilance? Is it destroyed within a week or a year? What could be the destination of that kind of data?” Rato further questioned.

Recently, the SAR has been introducing measures in a bid to strengthen its security, including the body-mounted cameras used by on-duty police officers and the installation of the fourth phase of CCTV surveillance that is expected to be concluded in 2020.

According to another legal practitioner, Pedro Leal, there is currently a “vigilance fever,” which comprises other measures, such as the installation of hundreds of CCTV cameras on the streets.

Commenting on the bureau’s plan, the lawyer told TDM that it could hardly prevent any suicide.

“If you are asking me if I agree with a camera operating 24 hours in a prison cell, I don’t. In fact, it violates the privacy of the inmates. It’s already enough for them to be arrested, [but now] they will have to be subjected to these privacy breaches all the time,” he said.

The DSC has preliminarily consulted GDPD, following which the office agreed and found no conflict with principles of data protection, according to its statement.