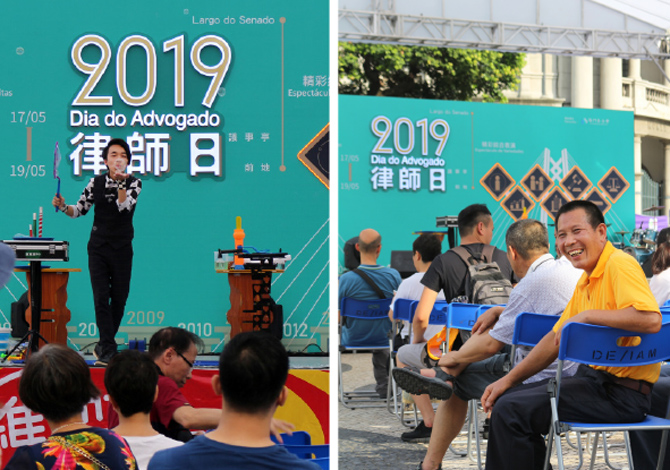 For the first time, this year’s event included the option for the public to try mediation as a form of conflict resolution. President of the AAM, Jorge Neto Valente, said last week that this aims to give people the opportunity to know how this process works to avoid some of the hassles of the courts in cases where there are alternatives.

Neto Valente said, “the mediation and conciliation sessions will help citizens to learn more about the new system, presented as an alternative to common court cases in certain situations.”

To recall, the AAM started a Mediation and Conciliation Centre late last year.

According to the extensive program of celebrations, the three days also provided meeting places and spaces for several contacts and informal meetings between lawyers and other professionals within the sector, such as Public Prosecutions Office staff members and other legal staff from the courts. Macau’s lawyers engaged in several friendly sports matches against professionals from other sectors over the second day, competing in basketball, badminton and table tennis at the University of Macau campus in Hengqin Island.

The main stage of the event, held at the Senado Square, hosted a large number of artists, from singers and dancers to magicians who entertained the general public.

As announced during the press conference that kicked off this year’s Lawyer’s Day celebrations, the association is getting ready to host the first-ever Congress of Macau Lawyers in September, which will be attended by over 400 local lawyers in addition to over 120 interns.

The Congress has been a long-held ambition of the association, Neto Valente said, and is now justifiable due to the current number of professionals in the sector.