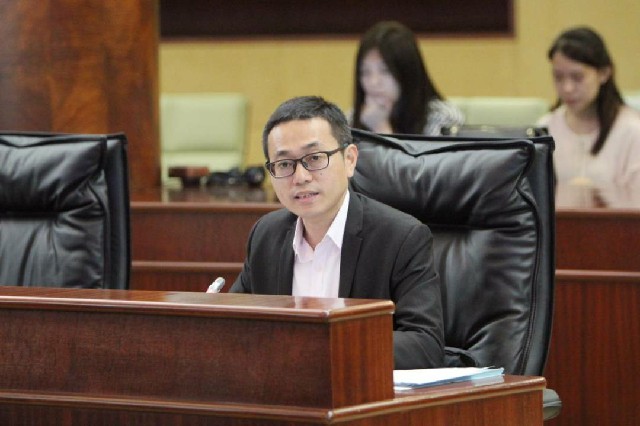 Lawmaker Lei Chan U proposed that Macau should carry out Education Through Labor (ETL), which has been one of the focuses of Mainland China’s education framework.
ETL is a typical practice in mainland China which aims at bringing every citizen to the realization that they should make contributions, most of which should be voluntary, to the development of socialism.
Lei thinks that ETL in Macau is far from satisfactory, and has not had enough importance placed upon it which in turn leads to middle and primary school students lacking in labor awareness.
“The relevant problem does not only exist in Macau, but it is also extremely common in schools in mainland China,” Lei mentioned.
In mainland China, ETL has political meaning, which aims to instill a communist mindset into students from a young age. It is highlighted that in the “socialism” of China, working is viewed as an honorable obligation for every citizen.
ETL is not considered equivalent to earning a living through individual work, meaning that ETL education does not aim to teach students how to be clean at home, how to cook, or how to communicate. ETL education means educating students on how to be willing to become a worker.
In practice, this means that students are often guided to learn theories related to the working class.
Lei noted that the mainland’s education authority previously said that ETL in mainland China has been weakened in schools, softened in families, and has faded in the society, “which has fostered the idea of becoming rich overnight and gaining without working.”
Lei additionally cited the mainland education authority’s opinion that students should be trained to become high-quality laborers.
Although ETL policy is not only practiced in schools, it is widely implemented in mainland companies, regardless of their size and level.
Lei said that in order to comply with the mainland methods, ETL can be promoted in career and society education campaigns.
“However, promoting ETL in schools is probably even more effective to form labor values into the lifestyle of the society,” said Lei.
Lei listed his three proposals for implementing ETL, which is coherent with relevant policies in mainland China:
In primary school, Lei wants students to be trained to love labor, to respect labor, and to understand the honor and pride of being a worker. In high school, ETL should focus on studying labour-related theories.
“It is of the utmost importance that it [the government] should help students to build a correct employment value,” said Lei.
Besides Lei, other lawmakers expressed their concerns over education and the patriotic education of young people.
Si Ka Lon criticized Hong Kong students for expressing their demands, saying that many Macau residents are angry at those Hong Kong students.
Si wants local government to include Chinese constitution law and the Basic Law as compulsory subjects in all schools.
Ma Chi Seng also continued his AL speech by calling for heavier patriotic education, noting that “blood is thicker than water,” which values family relationship above everything.