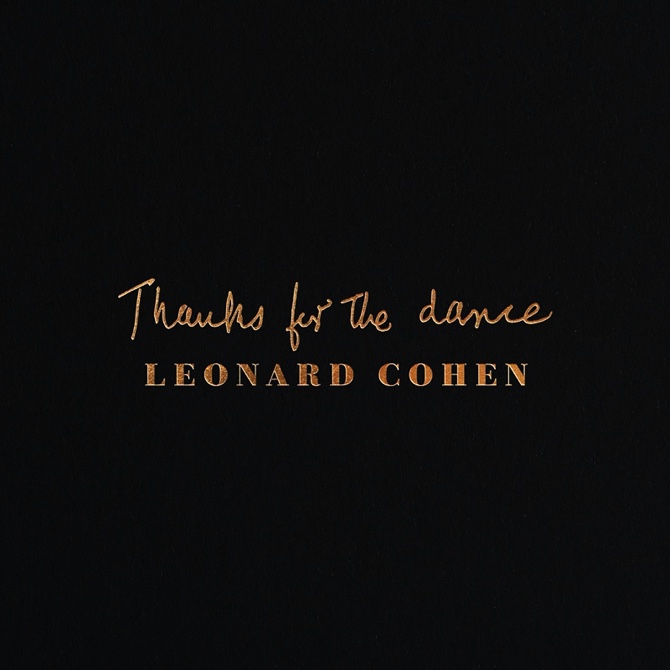 Leonard Cohen, “Thanks for the Dance” (Columbia/Legacy Recordings)

Leonard Cohen’s last album, released just weeks before he passed in 2016, was “You Want It Darker,” which had a sense of finality that made it a fine conclusion to his brilliant musical career.

“Thanks for the Dance,” on the other hand, seems to bring down the curtain on Cohen’s parallel universe, the poetry he started to publish long before he began making records.

Illustrating the point, the new nine-track set is more like a Cohen spoken-word performance with very good and empathetic musical backing, most of it composed by his son, Adam.

Understated exceptions are the title track and a few lines here and there, but Cohen doesn’t really sing, not that his resonant voice needs a melody to convey the experience, depth, humor, horror and beauty of his lyrics.

Expanding on recordings made mostly at the same time as the sessions for “You Want It Darker,” Adam Cohen and engineer/mixer Michael Chaves searched out some of the master’s previous collaborators and some new ones to complete the compositions. Among them are Sharon Robinson, Jennifer Warnes, the Shaar Hashomayim Synagogue Choir, Beck, Daniel Lanois, Feist, Javier Mas, Zac Rae, Patrick Leonard and Anjani Thomas.

“Happens to the Heart” opens the album with haunting guitar, laud and piano supporting Cohen’s listing of a life’s worth of experiences, the gentle accompaniment from Andre de Ridder’s stargaze orchestra making the lines even more effective — “I was always working steady/But I never called it art.”

The title track could be a sequel to “Take This Waltz,” a 1980s song with lyrics Cohen adopted from a poem by Federico García Lorca. Here the themes appear to be more personal, but just as inspired.

Other highlights include the subtle flamenco airs of “The Night of Santiago,” the dark-as-night and terrifying “Puppets” and closer “Listen to the Hummingbird,” a short but wise and emotional epilogue.

“Thanks for the Dance” is like discovering a box of old letters — or in this case, poems — from a departed loved one. It’s an emotional experience that allows Cohen’s great talents to be appreciated again. Pablo Gorondi, AP