Letter to the Editor | A “new normal” for the taxi industry 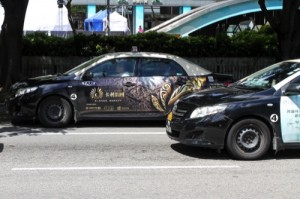 I refer to last week’s Macau Daily Times article “PSP warns taxi industry to behave”. Much has been made of the categories of prosecutions against taxi drivers so far this year, but most of the prosecutions fall under the category of “other”. Actually the breakdown is irrelevant – almost all the prosecutions are effectively anti-fishing and the only thing that matters is the fact that prosecutions against taxi drivers in 2015 have increased tenfold over last year. There were 352 prosecutions in the first week of 2015 whereas the prosecutions averaged only 32 per week last year.
The most important line in the article was the statement of the head of the Public Security Police’s traffic department, Mr Che Wai, that “police are only targeting a small group of taxi drivers rather than the whole industry”. It is true police are being tough and prosecuting for any minor (or major) infraction they see, including stopping on yellow lines, but it seems police are only targeting taxis engaged in the destructive practice of “fishing”. I hardly feel I need to put quote marks around the word “fishing” any more – everyone in Macau knows what fishing is. The taxi drivers (good and bad) know, the local passengers know, even some tourists know and the police most definitely know.
As long as the police operate to the letter of the law against fishing taxi drivers only, Macau Taxi Driver Mutual Association President Mr Tony Kuok has nothing to complain about. Simply ensure his member taxi drivers don’t go fishing!
Mr Che said that the authorities have received many complaints from residents and tourists alike. A quick scan of the Macau Taxi Driver Shame Facebook group will soon verify Mr Che is correct.
It is crucial that the PSP continue this crackdown night and day for months to come so that taxi drivers in Macau learn there is a “new normal” in their industry. No more fishing, no more choosing customers, no more making Macau look corrupt and sinister. Just join the taxi line, pick up the passengers, take them wherever they want to go and charge them the meter fare – preferably with a smile! In other words, just do your job and obey the law like the rest of us.
I am extremely heartened to hear Mr Che say that the PSP will continue to tackle irregularities like excessive fare charging and the refusing of fares and that they would not ease up on the issue. It’s also wonderful to hear him say that everybody is equal in the eyes of the law.
Of course the best result for Macau will be when the new legislation is finally passed allowing initiatives such as undercover taxi inspectors, the giving of witness evidence in the field, driver education and commendation programs and the introduction of modern technology such as GPS tracking, audio recording and e-taxi driver licenses. But until that day comes, the current tactics of the police are a fine substitute.
Congratulations to the Macau Government and congratulations to the Macau Police for taking this intelligent and pro-active stance. I cannot praise you enough.