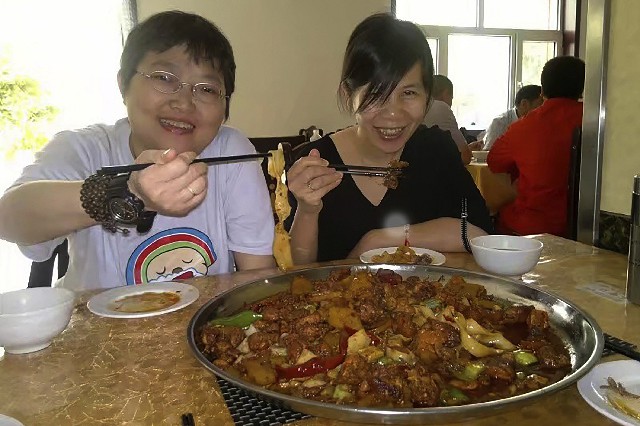 In this May, 2010 photo released by He Meili, He Meili (right) and her partner Li Qin