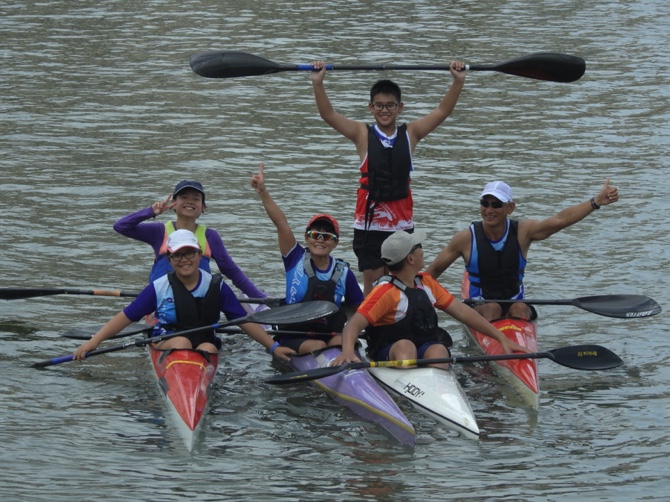 The Baía do Mar Canoe Club, in the name of the Macau Canoe Team, won four medals at the 2020 Singapore Canoe Marathon held on January 19.

The international event that attracted home teams and teams from Thailand, Hong Kong, Taiwan and the U.S. welcomed more than 200 athletes in 20 teams.

The competition was the first time the canoe club from Macau had sent a team of young athletes to a major tournament. The team consisted of two male and two female athletes.

Sam Cheng and Chen Nga Man competed for the trophy of the 12-kilometer K2 event in the U16 Women’s category and managed to win the bronze medal.

In the Master Women 18-kilometer K1 event, Racy Leong, a veteran of the club, won the race with a time of 1 hour and 49 minutes.