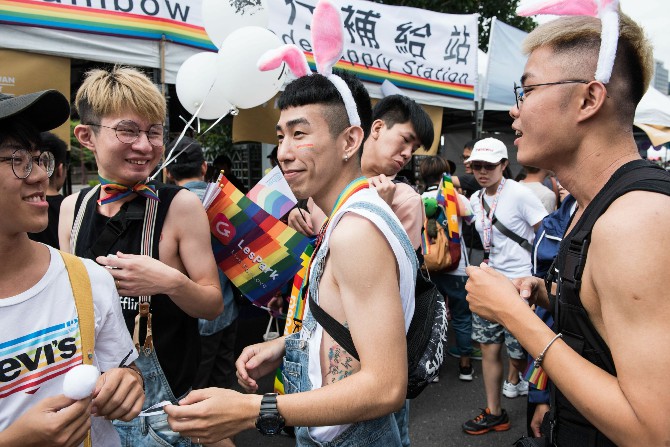 LGBT rights group Rainbow of Macau is calling on the United Nations Human Rights Committee to request Macau to clarify whether the city is willing to accord equal protection to victims of domestic violence without discrimination on the basis of sexual orientation.
In a letter sent to the Committee at its 129th session for the Adoption of List Issues on Macau, the rights group said that legal protection against discrimination is inadequate on the grounds of sexual orientation and non-existent on the grounds of gender identity.
Rainbow of Macau mentioned that local officials and some community leaders have repeatedly invoked “a lack of social consensus” on responding to the call for equal rights for the LGBT+ people.
“Rainbow of Macau observes that a so-called ‘lack of social consensus’ is no more than an excuse for the state party to evade the responsibilities of rectifying discriminatory laws,” it stated in the report.
In Macau, same-sex intimate partners are deprived of protection under the Domestic Violence Law (Law no. 2/2016), in contrast to heterosexual intimate partners. A marriage or de facto union is not a prerequisite to be eligible for protection.
In 2015, the group wrote to the Committee against Torture (CAT) about the Macau government’s plan to exclude same-sex partners from the proposed Domestic Violence Law when it was reviewing the implementation of the Convention against Torture in China, in which the Macau SAR is included.
In response, CAT urged Macau to enact a Domestic Violence Law without discrimination. However, the government declined to reinstate the reference to same-sex partners in the final text of the Domestic Violence Law.
The group previously lamented that the government is “knowingly enacting a discriminatory law that is [inconsistent with] international law.”
In 2016, the advocacy group criticized the government for allegedly failing to include same-sex relationships in the scope of domestic violence legislation due to the “controversy” of same-sex partners being considered as “family members.”
Local authorities have claimed that the Social Welfare Institute would also provide domestic violence-related services to people involved in same-sex relationships regardless of their specific inclusion in the law.
The group’s 2019 Macau LGBT+ Survey concluded that the community had experienced what they described as a “high level of discrimination.”
On a scale of 1 to 10, the mean for the level of subjective discrimination against LGBT+ people is 7.17. In particular, gay people experience higher levels of discrimination (7.43) compared to groups of other types of sexual orientation.