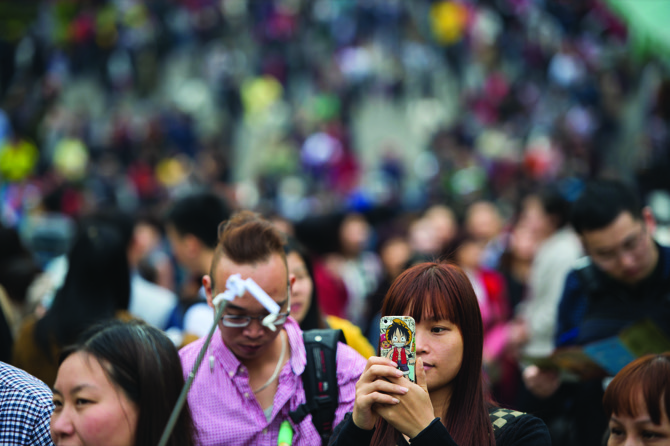 Macau’s local tour guides are complaining of a sharp drop in work following a rise in illegal tour groups operated by mainland guides.

Unregistered mainland guides often arrange for their own tour groups to take casino shuttles or public buses in Macau – a clear violation of government regulations which state that all tour guides operating in Macau must be locally registered.

The Macau Tour Guide Promotion Association said that the situation had been brought to the attention of local authorities even before the opening of the bridge.

The Macau Tour Guide Promotion Association accused mainland travel agencies of charging between MOP1,000 and MOP1,200 per person. Most package tours are allegedly from around the Pearl River Delta region, while a small number hail from Shanghai and Jilin.

The local tour guide industry has petitioned the Macau Government Tourism Office (MGTO) to intervene on more than one occasion, but has received no response from MGTO beyond a statement that the bureau is monitoring the situation.

The association believes that the police force, tourism board and labor affairs authorities should work together to combat these violations, and that the local government should report its findings to the Guangdong tourism department and the central tourism authorities.