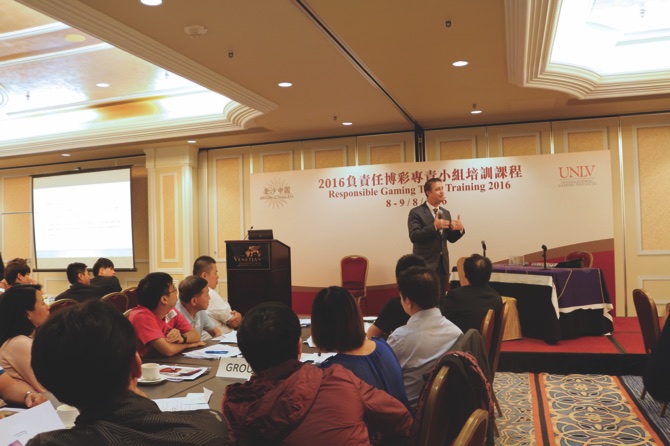 Sands China held its annual Responsible Gaming Team Training Program at The Venetian Macao, for the fourth consecutive year, Monday and yesterday, attracting nearly 80 participants.
In a bid to enhance team members’ knowledge of problem gaming and improving general awareness of the importance of responsible gambling, the gaming operator  again invited experts both from the region and Las Vegas.
The program was overseen by Bo J. Bernhard, executive director of the University of Nevada, Las Vegas’ International Gaming Institute, along with local scholar and counselors.
According to Bernhard, the program has become “stronger” over the last few years. He believes that the region’s treatment programs for problem gamblers are improving, as the industry’s understanding of these problems has increased. 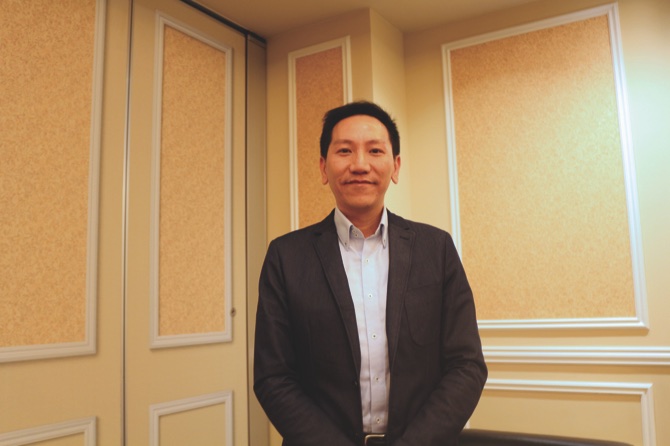 “Really, our understanding of problem gambling today is about where our understanding of alcoholism was maybe 20 years ago. But it’s moving forward very, very fast and our knowledge is getting better,” he told the press yesterday.
The expert also noted that the region’s gaming industry is moving from focusing on high-­rollers to more of a mass market, adding that the move would lead to new challenges in the city as the customer base changes.
According to Bernhard, the teaching approach he employed at The Venetian Macao was different from the ones he had used in Las Vegas. He stressed that the education programs provided for Sands China team members mainly focuses on the cultural importance of “saving face.”
“Here we really emphasize making sure these conversations [with problem gamblers] happen in private […] because the shame is really powerful. I think it’s really hard in Macau to get people to talk about this,” he said.
Meanwhile, according to local scholar Davis Fong, also the director of Institute for the Study of Commercial Gaming at the University of Macau, efforts to raise awareness on responsible gaming in Macau have been successful.
He recalled that according to a study on problem gambling conducted in 2013, the rate of gambling disorder in the region was the lowest figure he had seen since 2003.
Based on the 2013 survey, some 60 percent of local residents have heard about responsible gaming, while back in 2009, only 16 percent of residents were aware of gaming problems.
According to Fong, the “2015 prevalence study” on the matter will be released soon.
Although most gamblers in the region are not locals, Bernhard is confident that the mainland is also starting to recognize problem gambling.
“Our hope is that we would also see more and more programs in the mainland, as well as more communication between mainland programs [and] mainland research,” he said.
“That’s why it’s very important that Dr Fong was also in Beijing talking with experts in Beijing to make sure we’re all communicating best practices,” he added.
Certificates issued by the University of Nevada, Las Vegas (UNLV) were presented to the participating team members who came from the gaming operations, security and human resources departments to attend one or two training sessions.
This year’s program included the increased participation of Sheng Kung Hui Macau Social Services Coordination Office, which teaches crisis management and intervention skills. As a result, this year’s training hours were extended from four to eight.
The Responsible Gaming Team Training Program was launched in 2013 and to date, over 360 participants have attended training sessions and more than 1,700 hours of training have been provided during the annual campaigns.