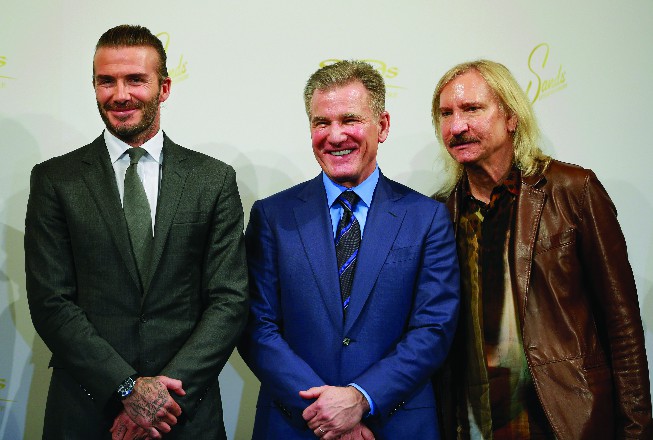 Las Vegas Sands (LVS) president and chief operating officer Robert Goldstein has said that the two-week closure of the city’s 41 casinos could last up to two months, six weeks longer than the local government has signaled with the unprecedented decision taken earlier this week.
Goldstein was speaking on the sidelines of the Nevada Gaming Control Board meeting held in Las Vegas on Wednesday.
“It’s a scary time for all of us,” said Goldstein, as cited in the Las Vegas Review-Journal. “It could be two weeks, it could be two months.”
“[Ho Iat Seng] has made it clear that he will not be able to make a decision until he gets further understanding of the virus and its severity in Asia.”
The Macau Chief Executive did not rule out the possibility of extending the shutdown of the 41 casinos in the SAR.
However, Goldstein’s outlook remains positive. He referred to Ho’s pro-business attitude, and said he believes that the Chief Executive is also keen on resuming business as soon as possible.
“We’re hoping under his direction we can get the borders open sometime in the first quarter, but there’s no way to know. Look at the SARS event 15-16 years ago. […] These things are unpredictable.”
Despite the closure of casinos, hotels are still operating.
However, the executive admitted that only about 5% to 10% of Sands China’s hotel rooms are filled.
As cited in U.S. reports, some 35,000 employees of Sands China’s six casinos are staying at home, as a significant part of their operations have been affected by the closure.
Goldstein said that due to the 80% drop in tourist arrivals in Macau in January, it may be impossible for the company to make up the lost revenue by lowering its costs.
January’s gross gaming revenue plunged 11.3% last month amid coronavirus travel restrictions. Yet casino operators are expecting the worst is yet to come, as analysts are forecasting a 75% drop for February.
For now, the executive implied that its casino operator in the SAR would heed the government’s calls and measures.
“Our goal is to support the government,” Goldstein said. “They’ve been very supportive of us and they’re eager to open as well because the tax revenue has stopped and Macau depends on gambling. The special administrative region really depends on gambling revenue and the tax revenue, so it’s quite painful for everybody.”
Meanwhile, Wynn Resorts and MGM Resorts International have issued statements pledging that they would work according to the government’s guidelines.
“We believe that our goals and the goals of the Macau government during this challenging period are fully aligned,” Wynn Resorts Ltd. spokesman Michael Weaver said in an email.
“We will continue to work closely with the Macau government as the situation progresses,” wrote MGM Resorts International spokeswoman Debra DeShong in an email.