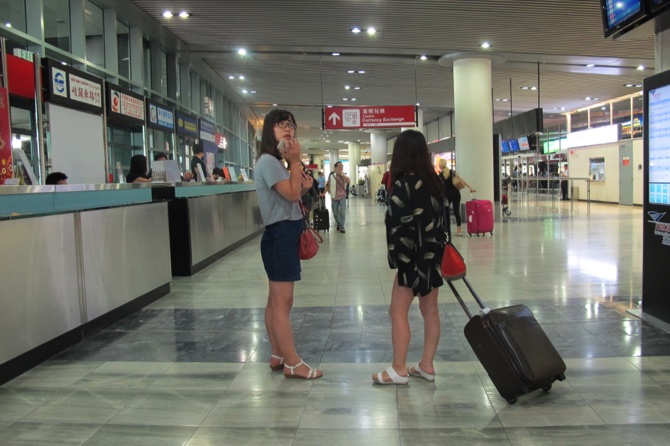 The Macau International Airport Company Limited (CAM) has announced full-year targets of 55,000 flight movements, including 3,105 general aviation aircraft movements, 30,659 tonnes of cargo and 6.4 million passengers, released in a statement by CAM.
Chairman of the board of directors, Ma Iao Hang, has further announced that the growth of the local civil aviation industry remained steady under the current circumstances; particularly the successive drops in income in the gaming and  tourism industries. Ma then summarized the results concerning the overall performance of the Macau International Airport (MIA) in the first half of 2016: MIA handled more than 3.25 million passengers and over 28,000 aircraft movements, corresponding to a year-on-year increase of 16.7 percent and 5.8 percent, respectively; cargo traffic recorded 15,117 tons, a year-on-year increase of 8.3 percent; general aviation recorded 1,276 aircraft movements, which already represents 41.1 percent of the annual target. Along with the increasing traffic volume and proper management of non-aviation incomes, the total income of MIA in this first semester increased 8.8 percent compared with the same period of last year.
In regards to the passenger market, four new routes were added and four new airline companies began running operations in the first half of 2016. MIA currently operates 42 routes from Macau. The launch of a new route between Moscow and Macau has opened up a new pattern for MIA. The main structure of the Passenger Terminal Building North Extension, which was officially commenced in November 2015, was finished by the end of June this year. In turn, the optimization of the parking apron is underway; the number of slots is expected to increase from 24 to 40, and the existing resources will be used more efficiently. Relying on a strategy of frequent short steps, there has been a number of engineering programs carried out in MIA in order to optimize the equipment and to realize an airport extension.