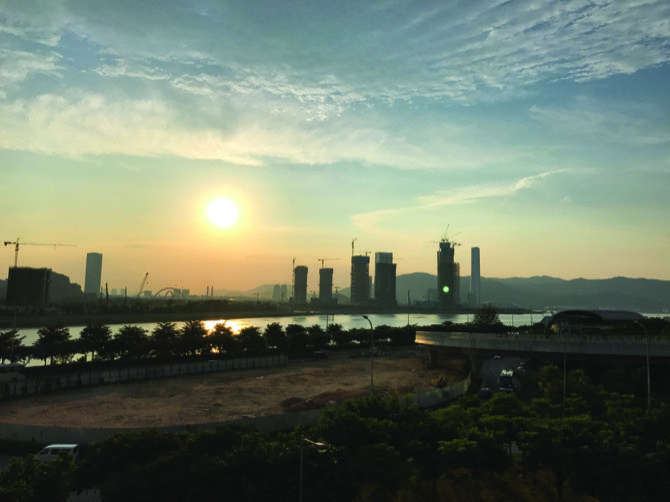 Macau is one of the city’s most popular tourism destinations among those who live in Guangdong province, particularly once Covid-19 is gone, according to a report released by Chinese tourism service Ctrip.

Recently, the company issued the 2020 Destination Wish List Report (the Report) which shows mainland residents’ preferences in terms of travel destinations after Covid-19.

In this report, there is a category named “tour around”, meaning traveling to places which are close to their current staying cities.

Those living around Guangzhou ranked Macau, Huizhou, Zhuhai, Zhanjiang, and Guilin as their top five choices for short-distance traveling.

Those who live around Guangzhou also showed strong preference for short-distance tourism over traveling farther.

A similar desire for “touring around” has also been expressed by those living in Beijing and Shanghai. In regard to the former, relevant consumers prefer to visit Tianjin, Qinhuangdao, Zhangjiakou, Baoding, Jinan; as to the latter, Huzhou, Huangshan, Lishui, Suzhou and Hangzhou are the most popular among consumers.

The most coveted cities among the general public of mainland China are Sanya, Chengdu and Guizhou, followed by Shanghai, Xi’an, Beijing, Xiamen, and Hangzhou.

Regarding family tourism and shopping purposes, mainland customers’ top wishes are the UK, Germany, Dubai, and Canada. Indonesia, Thailand and Malaysia are their most favorable places to enjoy beaches. To experience exoticism, Morocco,  Abu Dhabi, and Brazil are the most popular places.

However, in the aftermath of previous incidents, Ctrip made changes to its own grouping of tourism destination. Previously, multiple mainland and international companies were accused by mainland netzines of “separationist” because these companies failed to mention Macau and Hong Kong as part of China.

Previously, Hong Kong and Macau belonged to “overseas” category on Ctrip but are now under the “domestic” category.

It remains to be explained whether Hong Kong and Macau’s disappearance from the most popular “overseas” destinations is due to the abovementioned issue.