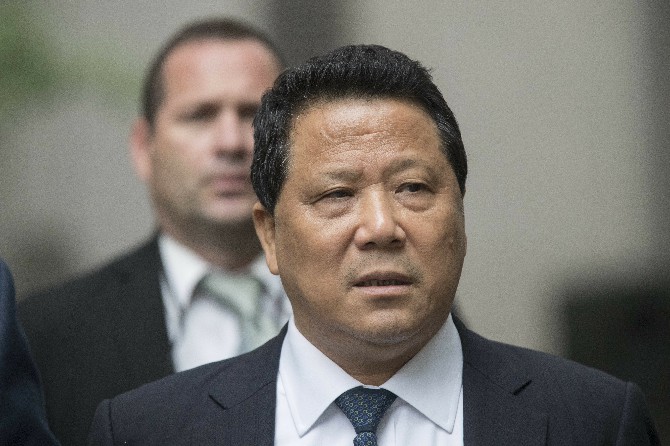 The U.S. Supreme Court has rejected an appeal made by billionaire and real estate developer Ng Lap Seng to overturn his conviction and four-year prison sentence for bribing two United Nations (UN) ambassadors to help him build a multibillion-dollar conference center in Macau.
As reported by Reuters, the judges confirmed an earlier ruling in the appeals court that federal bribery laws were sufficient to cover payments made by entities such as the United Nations.
In 2017, Ng was sentenced to four years in prison for his role in the bribery scheme, and was also charged for money laundering and corruption. Ng allegedly has paid more than $1 million to former UN General Assembly president John Ashe, as well as other officials, in exchange for their support to build a conference center that would host the United Nations’ annual Global South-South Development Expo.
According to prosecutors, Ng’s plan was to build a permanent home to host an annual UN conference on economic cooperation among developing countries. The conference center was to be located on a man-made island off the coast of Macau at no cost which he would use to develop a complex that included apartments, offices, high-end shopping, as well as a casino and a luxury hotel.
In August 2018, Ng’s defense lawyers appealed to the Second Circuit Court of Appeals to void his conviction on the basis that U.S. law had been “misapplied” to cover the intergovernmental organization. However, the appeals court disagreed, concluding that federal bribery laws covered the payments. Ng’s lawyers then appealed to the highest court in the U.S., where the same decision was delivered.
Ng is the founder of Macau-based real estate company Sun Kian Ip Group. The developer has investment projects across China, but most notably in the Greater Bay cities of Guangzhou, Zhaoqing, Shenzhen, Zhuhai and Macau.
According to the company’s website, it was involved in the investment and development plans for high-profile projects in Macau, including the “master development plan” for the Nam Van Lake area, the Hotel Fortuna, and the Lotus Bridge that connects Cotai with Hengqin.
Ng is imprisoned in Pennsylvania and is eligible for release in January 2022, according to Reuters. DB