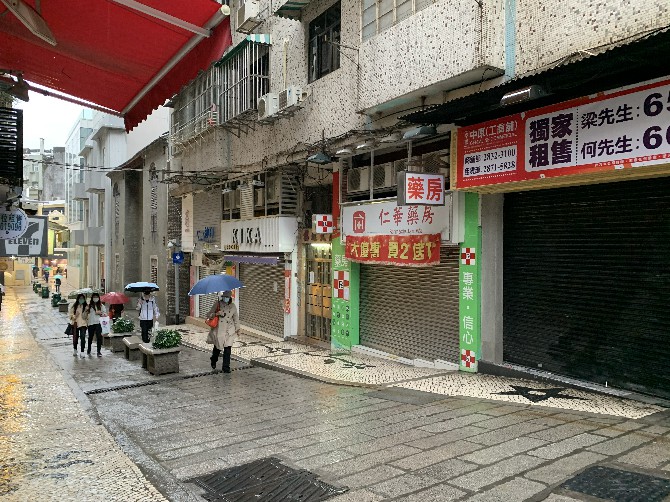 The public should remain vigilant during the upcoming four-day Easter holiday, advised Dr Leong Iek Hou, coordinator at the local Center for Disease Control and Prevention (CDC), during yesterday’s daily press conference. They should continue to follow the practices that have been well-observed in the past two months, added Leong, notwithstanding the growing pressure on the economy.
The coordinator had been asked by the press if the upcoming Easter holidays will pose a threat on the anti-outbreak effort in Macau.
Last week, an extended weekend in jurisdictions such as Macau and Taiwan prompted social media discussion over a potential rise in new cases. Netizens pointed to Japan, where cases escalated after the country’s four-day spring holiday.
Pictures that showed crowds of 20,000 tourists packing the scenic area of Huang Shan in the eastern Chinese province of Anhui were also published by Hong Kong media.
Leong addressed the reports on such elevated threats in other places, while further emphasizing that the increase in new cases after extended holidays was caused by the “gathering of crowds.”
“After all, it is the gathering of crowds that poses the risk” of rising infection rates, said Leong.
Leong believes that if people stay vigilant in Macau and adhere to social distancing instructions, the risk may remain under control. “Although there is a long weekend coming, we should try our best to avoid gathering [in crowds],” Leong reminded the public. “Even if you stay at home, try to avoid hosting parties or gatherings.”
In response to questions about crowds in shopping malls, Leong noted that following the advice of the health authority helps lower the risk. She added that even though certain shops in Cotai were taking in a significant number of shoppers, shopping while abiding by health advice should be safe.
The government has previously acknowledged that keeping the city idle for an extended period will severely hurt the economy. Leong voiced the same view yesterday, noting that the health authority understood the need for a resumption in economic activities.
“We foresee the pandemic may exist for some time. It’s impossible to keep all commercial activities halted for all this time,” Leong explained, but added that it was nonetheless “essential to conduct health measures and remain vigilant.”
Business owners and operators should also bear in mind social distancing instructions, the medical doctor said. “Running a business should not be a problem, provided that operators follow our advice, such as maintaining social distance and hygiene,” she explained.
“I think with this advice being followed, we can strike a balance between anti-pandemic [measures] and economic performance.”